A difficult clash to predict indeed but one that offers amazing picks if you are careful enough to read between the lines!

In the last 10 games between the two clubs, we saw 5 victories for Monterrey, 3 draws, and 2 victories for Cruz Azul. In the last 2 games, Monterrey scored 8 goals against Cruz Azul! It was a bit lucky considering the history between them but it just goes to show that Monterrey seems like a class above Cruz Azul. Both teams started the Clausura in a beautiful fashion and are ranked 2nd and 3rd right now.

The last 2 games between them were a 4:1 victory for Monterrey but that is pretty much it. In the remaining 8 games, only 1 had a result higher than 2 goals. Furthermore, both teams are doing good in the Clausura and it is unlikely any side will launch any reckless attacks.

Rodolfo Pizarro is unavailable for Monterrey in this game. We are expecting Arturo Gonzalez and Maximiliano Meza (both with 5 assists) to produce a good display in this game and secure the 3 points.

There are no injury or suspension troubles for the coach. We are expecting Carlos Roberto Rodriguez’s good goal-scoring run to come to an end against Monterrey as he only seems to score in the home games this season. Furthermore, should Jesus Corona start in goal we are expecting him to have a poor game as he wasn’t very convincing the last time that he faced Monterrey.

Find the best odds for the Monterrey vs Cruz Azul game

Those are the key head-to-head statistics and odds for the Monterrey vs Cruz Azul game: 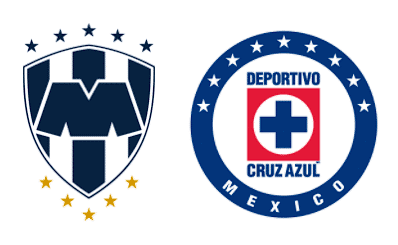 FAQ on Monterrey vs Cruz Azul: