Let’s review this week’s top Liga MX game between Monterrey and Atlas. There are some great Monterrey vs Atlas picks in our article for you!

Monterrey vs Atlas: betting lines and predictions for Liga MX

Atlas became Liga MX champions last year but there’s not a trace of any of that mentality right now as the team is down to the 17th position in Liga MX.

The only team with fewer victories than Atlas this season is Queretaro who’s at the bottom of the table in Liga MX. Atlas has only two victories while Monterrey is a title contender this season and is currently sitting comfortably in 2nd place. Four of the last 10 games ended in Monterrey victories, four ended in draws, and Atlas earned only two victories. There’s nothing that can help Atlas in this match.

Three of Monterrey’s victories against Atlas in the last 10 head-to-heads were with one of these results. Atlas’ performance in the attack is miserable this season and we anticipate for Monterrey to earn a clean sheet. Atlas scored only 15 goals in 15 games in Liga MX – only three teams have worse stats than those. The last away game for Atlas was also lost with a 1:0 result. 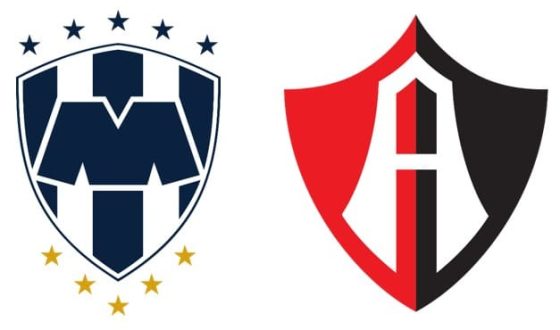 Squad insight for Monterrey vs Atlas

Both coaches will have squad headaches to deal with.

Rogelio Funes Mori, Duvan Vergara, and Joao Rojas are the injured player for Monterrey. It seems that the team doesn’t have too many issues in the attack despite those injuries as Arturo Gonzalez is one of Liga MX’s most creative players this season with five assists. He will start for Monterrey against Atlas for sure.

Mauro Manotas is the only injured player on the Atlas team. Julian Quinones is coach Diego Cocca’s favorite player. He has the most playing time of all Atlas players – 1, 154 minutes so far. We expect him to be a starter for Atlas.

This is the list that you’ve been searching for. It contains valuable Monterrey vs Atlas head-to-heads that will aid you in your bet-making decisions:

The Monterrey victory against Atlas is a great addition to your bet slip this week! Atlas has two victories, four draws, and nine losses in 15 Liga MX games! No one got defeated as many times as Atlas. Even Queretaro who’s at the bottom of the table. This is an amazing chance for Monterrey to earn easy three points for the Apertura fight against Pachuca and Club America and we believe that coach Victor Vucetich knows what the stakes are. A 2:0 or 3:0 Monterrey victory shouldn’t surprise anyone.

Top Monterrey vs Atlas questions for this game: