Mls. is the most prestigious and top-flight men’s soccer tournament in the U.S. and Canada whose inception dates back to the year 1996. The league encompasses 27 teams that offer enough challenges and opportunities for participants to showcase their talents in various positions. This league draws players from all over the world hence it is graced by some of the talented footballers the world has ever known. This is the reason why certain lethal finishers can be traced to the league.

Even though people fancy teams with overall quality games, it is the outcome in terms of goals that matter at the end of the contest. This is one of the reasons why teams splash lots of money looking for goal-hungry strikers. There are several criteria that can be used to identify the MLS top goal scorers.

The player to have exhibited his prowess in scoring goals was Steve Rammel who scored a hat-trick in 1996 for D.C. United against Columbus Crew. MLS's list of top scorers has been made interesting following the influx of certain brilliant athletes across the globe. The MLS race for the golden boot is often mouth-watering given the number of goals that teams score in certain matches. This is the reason why certain strikers smash records as they fire their teams to the top of the table on the basis of goal difference

The fastest hat-trick in the league was scored in 1998 by HarutKarapetyan who achieved it in less than 5 minutes. The long-standing history of the league also makes the final destination of some of the refined players from other continents. The implication of such additions is an intensified competition rather than relying on a customary target man in the team resulting in more goals being scored. MLS top scorers get support from teammates who offer a firm background for fighting for the coveted crown. It is always very unlikely for golden boot winners to be found in the teams which are in the bottom half of the table since football is a team game. However, individual brilliance is also a key factor while recruiting strikers in the league because that is what spurs players to achieve their goals even when the teams are not faring well on the pitch. 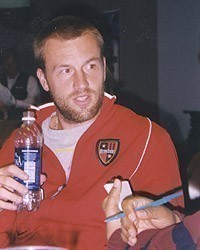 Clint Mathis also features in the list of Mls top scorers as he scored the highest number of goals (five) in a single match in 2000 against the Burn. Leading the pack for the players who managed to score hat-tricks is Josef Martinez who managed 6 hat-tricks in his career in the Mls. The league has witnessed some free-flowing games where goals come from all players in the field. However, stronger teams in the league have often provided better pivot for their target men to fire home in fashion compared to weaker teams. This is a move from the traditional setting where a single lethal striker could fire his team to victory and achieve the golden-boot crown.

The wonders of MamadouDialo who managed triple hat-tricks for the mutiny as well as one for the MetroStars cannot go unnoticed. The talented striker twice managed to score four goals in single matchmaking him one of the powerhouses for goals in the league. Stern John, Diego Serna, Chris Wondowki, and Bradley Wright-Philips also managed five hat-tricks in his career in the Mls. Players who managed four hat-tricks in the MLS include Robbie Keane, Cobi Jones, Sebastian Giovinco, London Donovan, MamadouDialo, and Edson Buddle.

One of the most coveted honors that every striker dreams of is to become an all-time top scorer. Despite the influx of some of the most prolific strikers in the MLS, home-grown strikers still boast of the MLS top scorers of all time. There have been fourteen different top scorers in the MLS league. Similarly, different teams have been able to produce top scorers without domination by a single club. This is an indication of the level of competitiveness associated with the league. Even players who come to the league from the top-flight clubs in Europe have not been able to dominate the goal-scoring list once in the tournament. While players from other leagues are taking time to settle in the Mls, local players as well as those foreign players who begin their career in the U.S. only take time to better their goal tally. This is exhibited by the presence of local-based players who top the all-time top scorers in the league. However, four players stand out as top scorers in MLS based on the number of times they won the golden boot awards.

At the apex is the veteran Chris Wondowsaki who has done wonders and continues to do wonders by breaking record after records in the Mls. The talented striker has netted 168 goals to date and looks set to go beyond that as he is still actively involved in soccer. His tally of 168 goals in Mls is yet to be bettered by another player. Moreover, any player who has the dream of ever beating this record must aim a little higher since Chris Wondowsaki is still putting the ball beyond shot-stoppers in an astonishing fashion. Chris Wondolowski won the prestigious award in 2010 with San Jose notching 18 goals and bettered that with the same club in 2012 by winning the same prize with 27 goals.

Chris Wondowsaki’s goal-scoring form has endured the weather between 2005 to date. During this time, the talented player has celebrated the glorious moments 168 times. 164 goals are attributed to his sweet moments with San Jose Earthquakes while 4 goals saw the back of the net courtesy of the player while at Houston Dynamo. For his entire soccer career up to the present, he has proved to be a player with a high appetite for goals with an average scoring probability of 0.42 per game 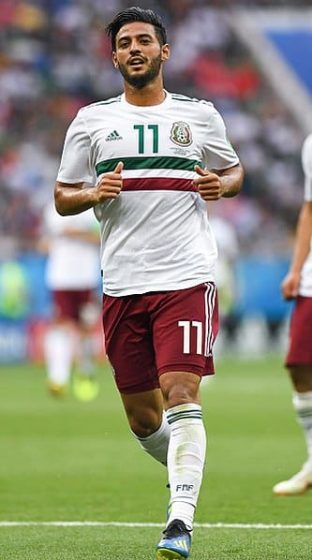 What Carlos vela did at Los Angeles in 2019 will go into history books as he netted 34 times in a single season having played 31 games. This implies that the player was able to score 1.10 goals per game during that season. The only player to have come close to Vela in a single game was Josef Martinez of Atlanta United who scored 31 goals in 34 matches. The ability to maximize opportunities and score as many goals as possible also contributed to players wining the golden boots as seen in the cases of golden boots winners who managed many hat-tricks such as Chris Wondolowski and Bradley. Nevertheless, the scintillating experience that fans were treated to by Vela in 2019 makes him one of the top scorers in the league. This will also go down the memory lane as the highest number of goals scored by a single player for a club in the Mls.

Jeff Cunningham won the golden boot while at Real Salt Lake with 16 goals and repeated that in 2009 while at FC Dallas with 17 goals. The trend was continued by Bradley Wright Philips in 2014 and 2016 with New York Red Bulls. Jeff Cunningham features among the Mls top scorers with his 134 goal tally which speaks for itself. This is one of the players who proved individual ability to adapt to different play-styles as he played in five different clubs between 1998 and 2011 and managed to score 134 goals during the 365 opportunities he got. The highest number of goals was however scored while he was at Columbus Crew.

By the time this report was being prepared the Mls had recorded a number of successful goal scorers with different origins. Of these prolific finishers, eleven players had notched one hundred goals or more. The players either worked with two or more clubs but still remained in fine forms as explained below:

Top on the list is London Donovan whose goal-scoring form is only bettered by a few players in the league. He notched at an average of 0.43 goals per game between 2001 and 2016 in 340 matches. During his time at LA Galaxy, he scored 113 goals between 2001 and 2014. While at San Jose Earthquakes, he showed his prowess by amassing 32 goals in 2016.

On the list of Mls top scorers is Jaime Moreno, a sign that Mls is not the preserve of the U.S. nationals but a platform for all players to showcase their talents and abilities. Moreno was able to make a mark during his 340 game career by scoring 133 goals (131 for D.C. United and 2 for Metro stars).

The ability to master the play patterns in eight different clubs and to conceptualize their culture is a unique talent. This is what lovers of football were treated to between 2006 and 2020 as Kei Kamara scored 130 goals during his football career. Current fans are still enjoying the goal-scoring master class exhibited by Bradly Wright-Philips who has been scoring 0.51 goals per game from 2013 to date.

The player with the second-highest conversion rate in Mls presently is Bradley Wright-Philips who offers services to the New York Red Bulls with the scoring probability of 0.51. Joined the profession in 2013 and is still very active in the pitch. Individually, he has racked up 117 goals for the three clubs that he has served. Another scoring guru who graced the football career between 1996 and 2009 was Ante Razov with 114 goals distributed between LA Galaxy, Chicago Fire, Columbus Crew, MetroStars as well as Chivas.

Jason Kreis also notched the 100 goal-mark while serving Dallas Burn following the trend from the platform set at Real Salt Lake. The player scored 108 goals between 1996 and 2007 as a center-forward when he left the field for other duties. 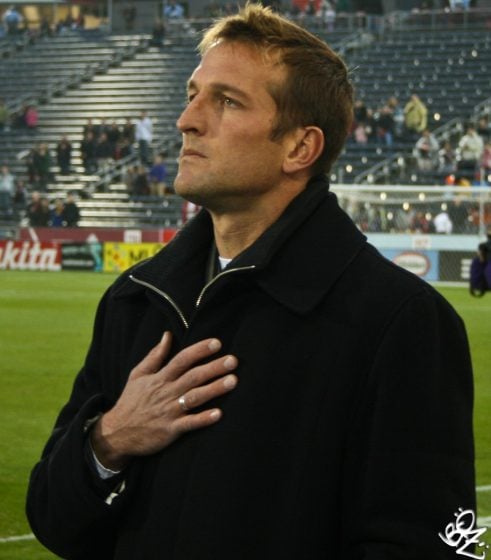 Between 2001 and 2014, football fans were treated to another scintillating goal-scoring prowess of Dwayne Rosario who found the back of the net 104 times with goals coming irrespective of whether he was played as a center-forward or as a winger. Additionally, he exhibited his ability to adapt to situations as he fitted well in different positions in five different clubs as well as a country during his service period. The robustness made him to be Canada’s all-time top scorer at 22 goals. This form made him to be crowned a four-time Canadian player of the year.

Taylor Twellman just fired one past the hundred mark to join the list of MLS players who reached the 100-goal mark in style. The Talisman was a loyal New England Revolution player between 2002 and 2010 when he played and scored more goals than any other player at the time. Additionally, by the time of reaching the hundred goals mark, he was the youngest player to have reached that goal in the MLS. He notched 101 times after getting the opportunity 174 times and become a five-time MLS ALL-Stars. Indeed, Taylor attained the mark of a player with the highest goals per game in the history of MLS with a positivity rate of 0.58 goals per game.

The list of MLS players with 100 goals tails off and ends with the mention of Edson Buddle-one of the American professional footballers in MLS to have notched the hundred goal mark. After making 304 appearances, Edson scored 100 goals while playing for four different clubs, translating into 0.33 goals per game.

This list is prepared with the full knowledge that the league is indeed still active and new players are expected to join the top cream of all time super-strikers. Besides, the list is bound to change since some of the top goal scorers are still active and putting the ball away with a lot of ease. It is worth noting that some of the top scorers in this league had had an opportunity to amass lots of experience in the most prolific European leagues where hard work is regarded as a recipe for survival. Nevertheless, Mls is a hub of quality players who offer value to fans as well as club shareholders.