Even before the MLS schedule for 2021 came out, fans have been in anticipation of certain games. The endless days of checking the calendar and circling certain games is all to enjoy the intense rivalry that goes into some of the Major League Soccer matches. Some are even lucky enough to head over to the venue with some tickets to experience the atmosphere in person. Here are some of the best MLS games to watch out for in the upcoming months.

Columbus Crew were unsuccessful in their attempts to relocate to Austin back in 2017. Since then, tempers have fled between the two cities and Columbus Crew fans will have an opportunity to take on the newly added franchise to MLS schedule on June 27. This will be the first instance of the record derby and even before it kicks off one can safely assume that the two sets of supporters will be very keen for this game. Since both teams have an identical style, it might be very difficult to separate them on the pitch. The connections between Columbus and Austin do not end here, as Austin currently have Josh Wolff as the head coach. Wolff used to be the assistant coach at Columbus Crew.

This is considered as one of the major rivalries in the MLS schedule so much so that it is even known as the ‘Hell is Real Derby’ or the Ohio Derby. These two Eastern Conference teams first met in 2017 with Columbus Crew managing to slightly edge ahead of their rivals in terms of overall wins. After the MLS Cup success in the 2020 campaign, Columbus Crew have a psychological edge that might also provide further fuel to the fire. Cincinnati have had a mediocre start to the campaign with an average set of results in the first eight matches. Cincinnati might have been hoping for more out of the first few games, as the signings of players like Luciano Acosta and Brenner have provided the team with enough quality.

The Hudson River derby is one of the fierce rivalries in Major League Soccer. First began in 2015, the two teams have met each other on 18 occasions since then. New York Red Bulls have been able to enjoy a significant chunk of the success, as they have 10 wins from the 18 matches. It does not take long to release the fierce nature of this derby, as there have been just two stalemates in the 18 meetings. These are two teams who are simply not willing to give up local pride in this regard.

This is a relatively modern rivalry that has sprung up with Minnesota United’s entry into the MLS schedule back in 2017. Over the years, the game has developed a reputation for being one of the nice rivalries. This makes it just perfect that Halloween comes in as a backdrop for this meeting. The moniker of being the nicest derby will be tested to the limit if the two teams are eyeing a place in the play-offs by the time the game is about to kick off. 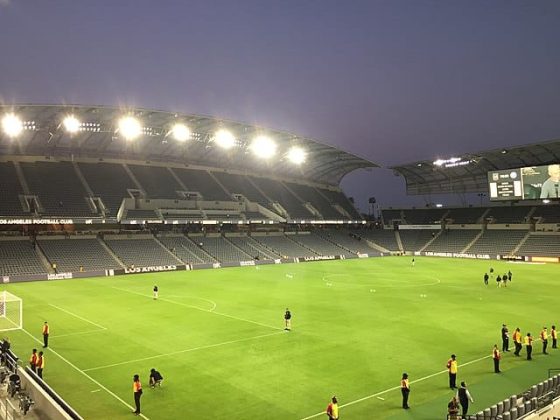 There is a strong need for Minnesota United and LAFC to prove themselves in the 2021 campaign. This is down to different reasons like LAFC having to recover from a disappointing seventh place finish in the previous campaign. Meanwhile, Minnesota United have had to go through a managerial change that has resulted in pressure being added on Adrian Heath with every possible mediocre result. So far, both teams have been struggling to make significant inroads into the play-off places and a win could make a significant tilt on league table for both sides.

These are two fixtures that are some of the finest in the MLS schedule thanks to their expansive history and potential quality of entertainment on offer. Portland Timbers and Seattle have been among the trophies for a long time and they share a very competitive rivalry between each other. The recent successes for Seattle continue to increase pressure on Portland and this fixture has consequently become the most prominent in the calendar year. It also one of the oldest rivalries – along with the Seattle – Vancouver meetings – since these two teams have been facing each other since the mid-70s.