The MLS Cup winner was decided last month and for the first time in MLS history, New York City FC lifted the trophy after a surprise win-streak in the playoffs. Let's go over the MLS betting odds for the 2022 season and the likely favorites throughout. The new season will begin on February 26th and everything will start all over again.

MLS Odds 2022 – As Given Before the Start of the Season

Favorites for the 2022 Season + Playoffs

We still have time before the official start of the season, but BetMGM has already released odds for the next tournament. According to them right now the three MLS favorites 2022 are:

I guess we can understand putting the current Supporters’ Shield holders in there, which is logical because their season during 2021 was the best anyone has seen in a long time. They were also a part of the 2022 CONCACAF Champions League alongside the Seattle Sounders.

During the 2021 season, the Sounders got as far as the playoffs but didn't last long because of the penalty kick battle they lost against Real Salt Lake in the first round. Seeing as the Seattle Sounders were the favorites for the Western Conference title throughout the season, we find that they also deserve a place among the favorites in the MLS odds 2022. 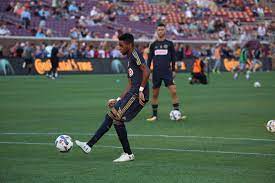 The surprising third favorite according to BetMGM is Los Angeles FC who ended their run as one of the worst teams in the competition this year. They weren't even close to the MLS Playoffs in 2021 and their latest honors were the 2019 Western Conference winners and Supporters’ Shield holders. That year also gave their captain Carlos Vela the MLS Golden Boot and MVP awards, but during the 2020 and 2021 seasons, they were disappointing, to say the least. Diego Rossi did win the Golden Boot in 2020, but that was a short season and if it weren't things might have been different.

Former forward Herculez Gomez who played for teams like the Colorado Rapids, LA Galaxy, Seattle Sounders, and Toronto FC during his career, and is currently a commentator for ESPN was asked about his thoughts regarding these early outright MLS odds 2022.

He said that he would never wager on LAFC because he would like to keep his money. His reasoning was that first of all the person who made them a premier franchise in MLS (Bob Bradley) isn't with them anymore. Second, they don't have a coach in place just yet, while they are making roster moves all around the map. He is asking who is making these decisions and doesn't think that there is a valid reason for them to be the favorites during the 2022 season with so little information being available.

While the CONCACAF Champions League begins in February, as well, but ten days earlier the teams’ schedule would be full starting from then. On the 26th of February, the official 2022 regular season begins and there will be matches every week until October 10th. If you want to see the full MLS Schedule for your favorite team, we suggest that you check out the official MLS Soccer website.

The Next Likely Candidates According to the MLS Odds 2022

The next few places weren't as surprising as the LAFC's odds given with the defending champions New York City having +1000 odds. I guess, this early, oddsmakers still don't think that they can repeat the surprising winning streak they had throughout the 2021 MLS playoffs next year.

Sporting Kansas City who was also favored at one time for the Western Conference title last season were placed at fifth position with +1200 odds. Last season they were only three points away from snatching the title and maybe one win instead of a loss would have made a difference at the end. 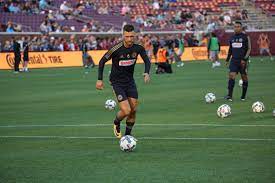 Up next are four teams that had ups and downs during the last season. Colorado Rapids’ form was consistent and their steady climb of the Western Conference table earned them first place at the end ahead of the favorites during the beginning and middle of the season. LA Galaxy was a hair away from qualifying for the playoffs, and maybe if they had even one more win instead of a loss or tie, they would have beaten Real Salt Lake for one of the last spots in the qualification round. Philadelphia Union finished second in the Eastern Conference, while Atlanta United finished fifth with the same overall points as the current champions. We guess they are all logical choices, for now, as well.

Least Likely to Win Based on the 2022 MLS Odds

Right now, the least likely to win is Cincinnati FC and Houston Dynamo with +10000 odds. Last season their performance was one of the worst and if they don't improve the 2022 season might be a repeat for them. It is interesting that the newest addition to the MLS – Charlotte FC – was placed higher with +6600 odds alongside teams, like Austin FC, CF Montreal, Vancouver Whitecaps, and San Jose Earthquakes. In between the top and the bottom are other teams with odds that range from +2500 to +5000. Of course, we expect these odds to change as the 2022 season starts in February and as it goes along. While the odds might seem very good now, we think that you should at least wait to see the final roster changes and management decisions before wagering on this outright betting market.

MLS Cup Odds for the 2022 Playoffs

Theoretically, the playoffs can go either way and just getting to that spot in the tournament can be a turnover for the MLS cup odds. Proof enough is the 2021 season playoffs where New England Revolution who were rightfully the favorites with the best MLS season anyone has seen in a while bowed out to the current champions in the first match they played in the playoffs. This is proof enough that anything could happen during the playoffs and the random opponent selection could very well end the chances even for someone considered as a favorite.