With more than 2 years since this game was played, people are now eagerly awaiting the clash between the MLS all stars and the Liga MX all stars. It’s going to be an absolute classic that’s for sure, but which players would make the MLS and Liga MX lineups? We’re glad you asked. But before we get into it, just to reiterate, the exact rosters that are released for the game could well be different to our predictions here.

For an all star game to take place, each league must submit their top players and put them forward to clash with the other. At the time of writing, these players and teams are not known, so all we can do is take a punt based on the individual statistics from each league. Since we’ve done all of the necessary research on this, we’ve managed to come up with the following team predictions:

It’s never easy trying to pick a roster for an all star game, especially when there are plenty of quality players like there are in the MLS. But based on recent form and individual statistics, here’s what we feel the MLS might put forward: 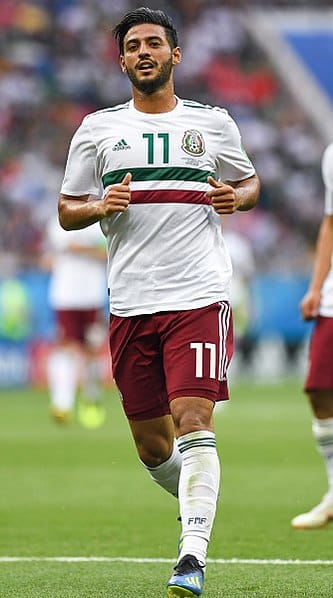 Just to stress, we do not know for certain whether this will be the MLS all star game roster. However, of the players we have listed for each position, we have a certain degree of confidence that they will at least feature on the roster. But rather than settling for this, we have also highlighted in bold which players we feel will be included in the starting 11. Whether this comes true or not, only time will tell.

As for players we feel could have a real impact on the game, our selected goalkeeper, Frei, is a phenomenal keeper. He will be influential in preventing the Liga MX all stars from hitting the back of the net. Then we come to a rather interesting point – the Mexican superstar, Carlos Vela, who plays in the MLS rather than the Liga MX.

He is arguably the best striker in the MLS right now, and since the game is scheduled to be played on the pitch he plays on week in and week out, we have a feeling he will have a point to prove.

Now that we’ve broken down the Liga MX potential roster, we may as well share some key takeaways which could influence the result of the game. First and foremost, we cannot possibly ignore the combination at the back between guys like Sanchez, Rodrigues, and Aguilar. These guys will work together like a well-oiled machine, and this is particularly important if they are going to keep the formidable Carlos Vela at bay. Whether Vela will ultimately break through the defense remains to be seen, but having a well-organized group at the back should fill the Liga MX all stars with confidence.

Secondly, while Vela is arguably the key player on the MLS all star game roster, one of the stars for this team includes Guido Rodriguez. To put it bluntly, this guy is an absolute workhorse, and his enthusiasm and work ethic alone could cause a real problem for the MLS all stars. The only thing that we aren’t too sure of is how well he will communicate and vibe with the other midfielders and attackers. Then again, this is a concern in any all star game.

Finally, we cannot wrap this up without talking about Jonathan Rodriguez. He finished the Liga MX as the top scorer last season, and he is incredibly dangerous in front of goal. Not only can he ping them from long range, but he can also cut into the defense quickly to create opportunities.

The potential outcome of the game

Firstly, Vela will be a real problem for the Liga MX defense. He’s a veteran of the game, and on the big stage, he knows how to deliver. Secondly, the MLS all stars have an extremely solid goalkeeper in the form of Stefan Frei – should he be picked that is. He will definitely step up and produce some big saves when the time comes. And finally, the bench for the MLS all stars is very strong. This means that in the latter stages of the game, some guys can easily be brought on and replace the original XI by offering top-quality soccer.

Update: Read more on confirmed rosters and our full predictions for the MLS All Star game here.