Minnesota Utd will be facing San Jose Earthquakes on Sunday and in this article, we will go over the top betting picks and odds for the fixture. San Jose is coming off 7 consecutive matches without a victory. To be honest, it will be quite hard for them to snag a victory on the road in Minnesota. Where do we see value in the betting markets? We'll tell you below.

Let's check out these free betting tips for the Minnesota Utd vs San Jose Earthquakes match and see if you like any of them. We got the betting lines directly from BetMGM.

All of the betting lines you see above are subject to change, which means that you have to check them out before you finish placing the bets.

The San Jose Earthquakes are currently the team with the worst form in the last five games with four losses and a draw. Minnesota Utd is the team with the best form in the last five fixtures with three wins and two draws. We think that it's a no-brainer to give three points to Minnesota, especially if both teams keep up their recent form on Sunday.

San Jose Earthquakes have only one reported injury – forward Carlos Fierro has been out with a thigh injury for the last two fixtures and we don't know when he will be back on the pitch. For San Jose Earthquakes, defender Ike Opara has been injured the whole season, and won't make the game, as well. 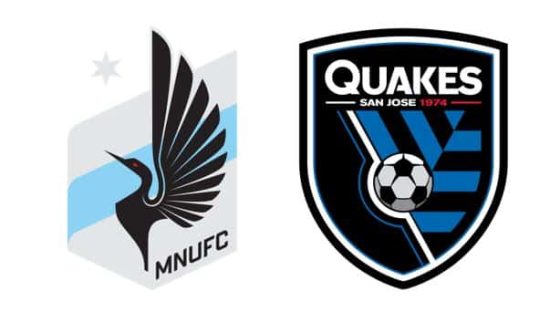