In this article, we will go over the Minnesota Utd vs Philadelphia Union fixture. If you want to see more MLS predictions, you can head over to our website.

These are the latest betting lines and predictions for the upcoming match between Minnesota Utd and Philadelphia Union.

All odds are correct at the time of writing and are from BetMGM. Before wagering makes sure to double-check them via your bet slip because they are subject to change.

All of the games between these two teams ended with both teams scoring goals. Besides that, four of the last five times Philadelphia Union played away from home the matches ended the same way. That's why we believe that the match on Thursday will end that way.

Below, you can see the most recent Minnesota Utd vs Philadelphia Union scores and statistics.

When it comes to the head-to-head history between the two teams, we are betting on the fact that Minnesota Utd hasn't won a match against Philadelphia Union ever. Also, the Union's recent form is better than Minnesota Utd.

The Union is going to have to play without two players on Thursday because of injuries. Ilson is out with a groin injury for a long time now and Burke's ankle injury is a recent event. The fact that two players from Philadelphia Union are out won't be a problem for Tuesday in our opinion. Minnesota Utd doesn't have any suspended or injured players. 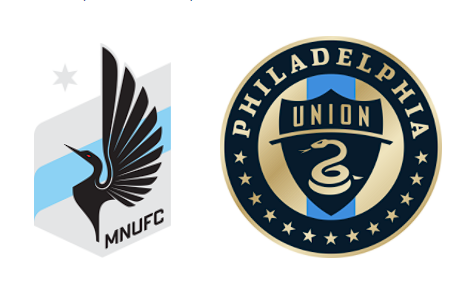