Below, you can check out the most recent Minnesota Utd vs LA Galaxy betting lines, odds, predictions, and other useful information about their match this weekend.

We reviewed the data for the Minnesota Utd vs LA Galaxy fixture and these are the top free picks we came up with for the match. Check out our website for the latest MLS odds & predictions for all upcoming matches.

All odds are from BetMGM and are correct at the time of writing. Make sure to double-check the odds before confirming any wagers.

LA Galaxy has proven many times in the past that they can beat Minnesota Utd, including four out of the last five head-to-head games they played. Three of those games were hosted by Minnesota. LA Galaxy is also seven points ahead of their opponents in the Western Conference table.

LA Galaxy tends to score when they travel for a game – three out of the last five away games for them ended with over 2.5 total goals scored. Also, two of the last three matches for Minnesota Utd and three of the last five head-to-head matches between the two clubs ended the same way.

The table below contains the most recent match histories and scores for both Minnesota Utd and LA Galaxy.

Who Will Win on Sunday Between Minnesota Utd and LA Galaxy?

Minnesota Utd and LA Galaxy are both middle table teams right now, but if LA Galaxy wins on Sunday, they have a chance to become one of the top three teams of the Conference. They don't have any injured or suspended player that will miss the game on Sunday, even defender Derrick Jones who missed the last match because of an injury will most likely play.

Minnesota Utd has a total of four injured players that won't come this Sunday. Two midfielders and two forwards are suffering various injuries. We don't know when and if they will be back on the pitch soon. 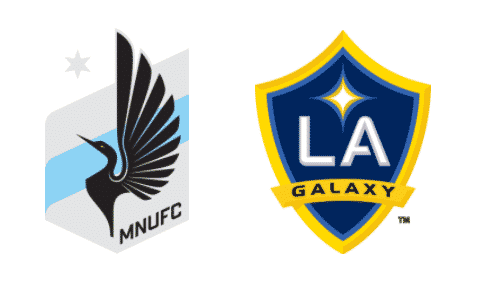