Below, you can read more about the upcoming fixture between Minnesota Utd and Houston Dynamo. If you want to find more MLS predictions and free picks, check out our website's latest articles.

Below, you can see our list of the top predictions and free betting picks for the upcoming Minnesota Utd vs Houston Dynamo fixture this weekend.

All odds used here are from our recommended bookmaker – BetMGM. Before placing these bets make sure you check them out because they are subject to change.

Minnesota Utd is easily going to beat Houston Dynamo as they did twice last month, it doesn't matter if they are hosting or traveling to Texas. They are eight points ahead of Houston Dynamo in the Western Conference table and haven't lost a home game against them ever. Houston Dynamo hasn't won an away game this season, yet, and we don't expect them to on Sunday.

In the tables below, you can check out the Minnesota Utd vs Houston Dynamo odds and head-to-head statistics for Sunday.

Considering Houston Dynamo is positioned near the bottom of the table compared to Minnesota Utd who are a mid-table team, we believe that the obvious outcome will be the correct one. Our reasons include the positive head-to-head history that Minnesota Utd has especially in recent season and the lack of positive results when Houston Dynamo played away from home all season.

Minnesota Utd has a total of three injured players, including McMaster, Agudelo, and Hansen. Houston Dynamo has only one injury – Nico Lemoine – but even if they didn't, we don't think that will help them on Sunday. 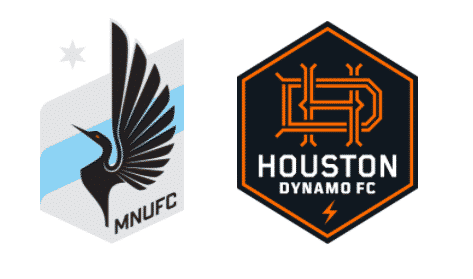