Let's go over the match details and stats for the upcoming Minnesota Utd vs Colorado Rapids fixture this weekend. If you want to see more MLS predictions and odds, you can check out our website.

After going over the data, we decided that these are the top free betting picks and predictions for the Minnesota Utd vs Colorado Rapids match this weekend.

All odds are from BetMGM and are subject to change. Make sure to double-check them before wagering.

These are the latest statistics and histories for the upcoming Minnesota Utd vs Colorado Rapids match this weekend.

When it comes to injured players, Minnesota Utd is at a disadvantage with three players out with injuries. Dotson is out with a knee injury and McMaster is out with a thigh injury. Emanuel Reynoso is out with a red card suspension and also won't be able to make it on Sunday.

Colorado Rapids don't have any injured players at this time, but defender Lucas Esteves received a red card suspension during the Rapids’ last game. They are also higher in the table compared to their opponents, and with a little luck, they could claim enough points to fight for first place in the Western Conference. 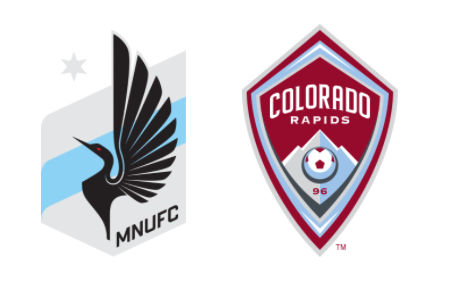