Minnesota United and Nashville will be playing against each other this weekend on the 6th of March. Check out our website for more MLS predictions and lines for upcoming games.

We will take a look at the match details and statistics. Then, you can read all about the best predictions and picks for this weekend's match below. The odds you see in this article are from BetMGM and can change at any time. This means that you should check your bet slip before conforming.

Nashville to Win on Saturday

Nashville won their first match this season, while Minnesota United drew their first match. The only head-to-head match between these two wasn't eventful because it ended without any goals, but we think that Nashville is in a better position with three wins in the last five matches, while Minnesota United won only one of the last five games they played.

It is a very big chance that both teams will score during this match on Sunday, considering that three of the last five matches for both teams ended with both teams scoring goals.

Let's see how healthy the players are from Minnesota United and Nashville at the start of the season.

We don't know of any injured or suspended players, so the manager will have a full list to choose from this weekend.

Nashville's manager will also be happy that none of their soccer players are injured or suspended, so he can make his best play.

In this section, you can take a look at the most recent match stats and data for both teams, including the latest bookmaker odds.

Fixture Preview Regarding Minnesota United vs Nashville This Weekend

Minnesota United has started uncertain and with their three draws in the latest games they played confirm it. Nashville has the opportunity to claim three points from this game and without any injuries or suspensions, they may do it. Both teams may end up scoring because Minnesota United ended up fighting back in two of the last three draws they played in. 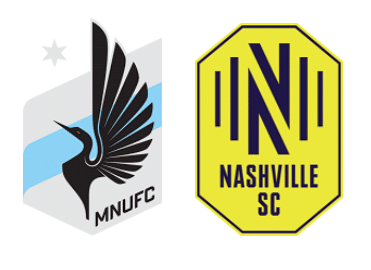 Popular Q&As for Minnesota United vs Nashville on Sunday