Let's check out Minnesota United vs Chicago Fire match to find the top betting picks and lines for the Saturday event. If you want to see more MLS odds, you can check out our latest articles.

Here are the top free picks and betting lines for Minnesota United vs Chicago Fire match on Saturday. The odds we used are from BetMGM and are subject to change, so make sure to check them out via your bet slip or bookmaker platform before placing these wagers.

Both Minnesota United and Chicago Fire, although in different conferences, are most likely going to end the match with fewer than 2.5 total goals scored. That's because both are leading their tables based on most under 2.5 total goal games this season with six out of seven for Chicago Fire, and five out of seven for Minnesota United. We saw that outcome in two of the last three head-to-head games between them, as well.

Lineup Information Regarding the Upcoming Match

Here, you can check out the latest suspension and injury information about the upcoming game.

Minnesota United has a total of three injured players that won't be able to play this weekend. Chase Gasper was injured in mid-March, while Romain Metanire and Patrick Weah got injured in mid-April. There aren't any suspended players.

Chicago Fire also doesn't have any suspended players, but Xherdan Shaqiri and Fabian Herbers are out with various injuries for two weeks now.

In the tables below, you can check out Minnesota United and USMNT's most recent match histories and statistics.

Both Minnesota United and Chicago Fire have similar places in the Eastern and Western Conference tables, but our predictions are related to the goals scored. Specifically, we think that there won't be many goals scored during the game and only one team will probably score during the match itself. 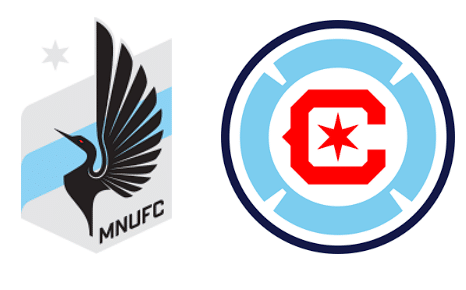 Commonly Asked Questions About the Match This Weekend