It’s a CONCACAF classic! Mexico vs the United States is the most prolific clash in the region and we can’t wait for the kick-off.

Predictions and Betting Lines for Mexico vs United States

Canada already punched the tickets for the World Cup in Qatar and now the question is who will follow? Mexico and USA are tied for 2nd place in the tournament as both teams have 17 points.

The draw is the most common outcome from the head-to-heads – five of the last ten games ended in a draw, two were won by the US and three by Mexico. Two of the last three home games for Mexico against the US have been a draw. Mexico recently had a draw at home against Costa Rica while the US failed in the last two away games – a draw and a loss against Canada.

The managers will count on their best 11 men for the job.

Guillermo Ochoa ages like a fine wine. He conceded only one goal in the last three games for Mexico and is expected to start in this very important game. With two consecutive clean sheets, the defenders Cesar Montes and Nestor Araujo deserve praise for Mexico’s good defensive performances as well as they allowed only five shots to get past them in the last two games.

Christian Pulisic is undoubtedly the main threat for Mexico in this game. He is the most expensive US player and is supplying constant pressure for the opposition’s defense. He scored in the last game against Honduras. The defensive midfielder Tyler Adams deserves praise as he bossed the midfield in the last few games. 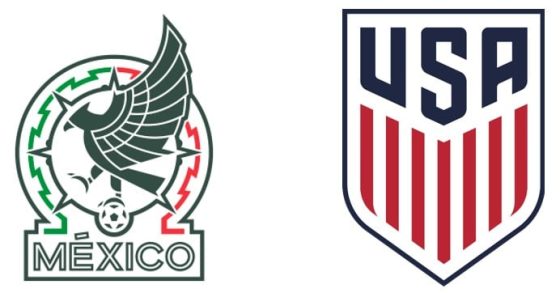 H2H Stats and Odds for the Mexico vs United States game

A CONCACAF Night to Remember

Mexico is the bookies believe it’s going to be a Mexico victory in this one but we aren’t quite convinced. The two teams are playing at a similar level and the head-to-heads aren’t in favor of the home team either. The last game at the Aztec Stadium did finish with a Mexico victory but it was a narrow 1:0 win that could’ve easily been a draw.