Group A actually gets underway a few hours before this match but it will be the winners of this game that establish themselves as favourites to top group A. Who will it be? Find out with our Mexico vs Trinidad and Tobago match preview with free tips, predictions and odds mentioned along the way.

Our best tips for Mexico vs Trinidad and Tobago

A winning start for Mexico

Trinidad and Tobago might come into this match off the back of a six game unbeaten run but they've not faced a side as good as Mexico. Mexico haven't been beaten inside 90 minutes for seven matches on the spin. They've also hit seven without reply in their last two games. The head to head record smiles kindly on Mexico too; across the last three meetings, Mexico have bagged six goals compared to Trinidad and Tobago's one.

When we're backing Mexico to win with a handicapped start a prediction of a few goals shouldn't come as too much of a shock. There are recent stats that support tip too; three of Mexico's last five have ended above 2.5 goals whilst Trinidad and Tobago have averaged 2.6 total goals per match across their previous five matches. The head to head is much the same with three of the last five ending north of the important 2.5 cut off; they've averaged 4.2 goals per game in those five played.

Our final prediction is in the correct score market and we're opting for 2-0 Mexico. The reason for this is two fold. Firstly, last time these two sides met, that is exactly what the score line was. More important than that though is the way Mexico have been playing of late. They have the players to hurt Trinidad and Tobago and defensively they're sound, which makes Trinidad and Tobago scoring look somewhat unlikely. After all, Mexico have kept four clean sheets in their last five – they've scored nine in that time; an average of 1.8 per match.

Mexico vs Trinidad and Tobago: The best odds

Mexico to ease through game one

Mexico and Trinidad and Tobago arrive in their first game of Group A  in pretty good form. For at least one of them, it's about to get better. In honesty though, this match isn't so much about qualification but about who finishes top of the group; the two sides are simply better than the others in their group. As for this match though, it will be a big ask for Trinidad and Tobago to stop a Mexico side starring the likes of Hector Herrera and Hirving Lozano. They will need big displays from Khaleem Hyland and Neveal Hackshaw if they're are to get a result.

A quick summary of Mexico vs Trinidad and Tobago 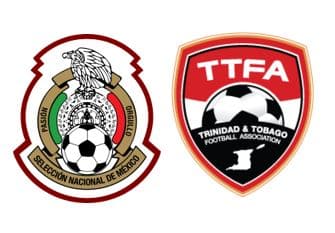