Let's see our predictions for the upcoming international friendly between Mexico and Chile on Thursday. If you want to see more soccer betting picks, you can check out our website.

Top Betting Picks and Lines for the Mexico vs Chile Friendly

We went through all the data and found that these are the best predictions and free betting picks for upcoming Mexico vs Chile fixture.

All odds are from BetMGM and are subject to change. Before wagering, make sure to double-check your bet slip for any odds changes.

Looking at the past matches for both Mexico and Chile separately and together, we see a lot of clean sheets. That includes three of the last five matches for Mexico and the same number of head-to-head matches between them. Nine of the last ten matches for Chile also ended without both teams scoring goals.

Mexico is the favorite in this friendly fixture because they would be the home team, where they have a better form. Even though they lost a couple of their recent matches, Mexico won three of the last five fixtures they played against Chile in the past. On the other hand, Chile lost or drew four of the last five matches they played away from home.

In these tables, you can check out the most important head-to-head data for the Mexico vs Chile fixture on Thursday.

Our Final Prediction of the Mexico vs Chile Match & News

As far as we know, there aren't any injured or suspended players on either the Mexico or Chile national teams. So, both of them will be playing at full strength, but since this is a friendly fixture, it won't be taken as seriously as a World Cup match would be. We also think the match would be a high-scoring one and the winner will be Mexico. 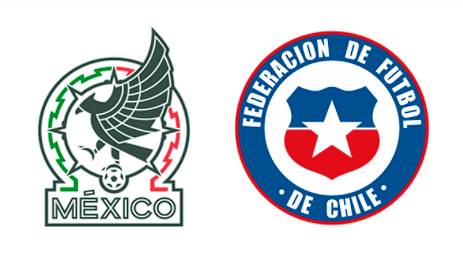 Popular Questions You Should Ask About the Fixture