The CONCACAF League match between Metropolitan and Santa Lucia will be on the 18th of August and we will review it for your benefit.

The list below contains our top betting pick suggestions for the upcoming CONCACAF League fixture between Metropolitan and Santa Lucia.

Remember to double-check all the betting lines on the bookmaker platform because they can get updated at any time. These specific betting lines are from BetMGM's platform, which we recommend for this match.

In the tables below, you can check out the recent statistics and form for the Metropolitan vs Santa Lucia match, including popular bookmaker odds.

After the second leg between Metropolitan and Santa Lucia, it will be determined which team will play against Saprissa in the 1/8-finals of the CONCACAF League. If it goes the same as last time, we will see Saprissa go up against Santa Lucia.

We aren't aware of any injured or suspended players on the Metropolitan or Santa Lucia squad. If history repeats itself, we may even see only one team scoring goals on Wednesday. Judging by the past games played by both teams separately, we believe that the next match between them may have a high-scoring potential, even if it's not by both teams. 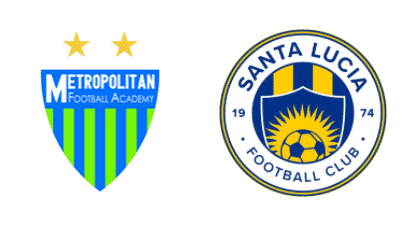