Liga MX is going at full speed, and 5 rounds of the competition have already passed. Now, Mazatlan will host a game versus Tigres UANL for their 6th fixture of the Apertura. Stay tuned for the best free betting tips for this game.

The odds are true at the time of writing but are subject to change at all times without notice. Always check your bet slip before placing a final bet. Our recommended bookmaker for this match is BetMGM.

We are going against the bookie with this bet, which has listed Tigres UANL as a considerable favorite. We don't quite agree with that, plus a DNB wager with the odds of +175 is a great opportunity. Both sides are sitting at the same W/D/L record after their first 5 games – 2/2/1. However, Mazatlan has faced 4 teams of the top 7 so far, and in comparison, Tigres has only played a single opponent of this magnitude. The visitors' two victories came versus the 15th and 16th ranked Queretaro and Tijuana. Head-to-head, Tigres hasn’t been able to defeat Mazatlan yet in any of their prior 3 meetings.

Excluding Toluca, the two sides in this match-up are the teams with the most goals scored and conceded in the upper half of the table. This sets the tone for a game featuring a ton of goals. Mazatlan has had 3 of its 5 league games resulting in both teams scoring. With Tigres, these figures sit at 4 out of 5, with the side getting its first clean net in its most recent match vs Queretaro.

Going off of the same logic, we are also backing the Over 2.5 Goals bet. The odds of –105 are also quite decent for the market. Once again, we get matching stats in this match-up. Both sides’ first opening games have resulted in 3 Over 2.5 Goals outcomes, while the remaining 2 games had 2 goals scored in them.

Mazatlan vs Tigres UANL: The latest stats and selection of the best odds

In this part of the article, you can check the available stats about this Liga MX match-up:

Can Mazatlan take another step towards its first trophy?

For those unaware, the home team is the most recent addition to the Mexican top-flight, after a part of Atletico Morelia rebranded itself as Mazatlan. This happened just 14 months ago, and this is only its third Liga MX appearance. After getting 13th and 14th place, this seems like the club’s best season so far.

Tigres UANL, which is usually one of the most consistent teams in Mexico, hence the odds, seems to be a bit off. However, it's only normal after losing the manager guiding the squad through over 20 league editions. With a GD of 8-6, they aren't doing too bad, however, the club has faced fairly average opponents so far. Despite this, they've drawn 2 games with mid-table sides and have also lost their only real test of the season – Toluca. 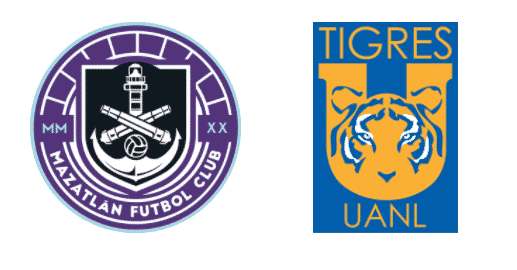