There isn’t much that separates these two teams – both are performing poorly in Liga MX this season and we believe we shouldn’t have high hopes for an attractive game this Wednesday.

Santos Laguna has been playing slightly better than Mazatlan this season but not by much:

Points Will Be Divided

Mazatlan wasn’t doing that poorly in the Apertura – the team was in the 13th position at the very end but now is all the way down to the 17th in the Clausura. Santos Laguna has a good record against Mazatlan – two victories and one draw in the three games that were played against Mazatlan. But the truth is that Santos Laguna isn’t impressing this season either. The team is located in the bottom half of the table and has one of the weaker defenses in the league – 20 goals conceded in 13 games.

Ayrton Preciado’s tibia fracture injury continues to haunt him. He will miss the game for Santos Laguna.

Nicolas Vikonis conceded at least one goal in the last six Liga MX games. Gonzalo Sosa was the hero for the team in the game against Atlas. He managed to score both goals and bring the three points home. 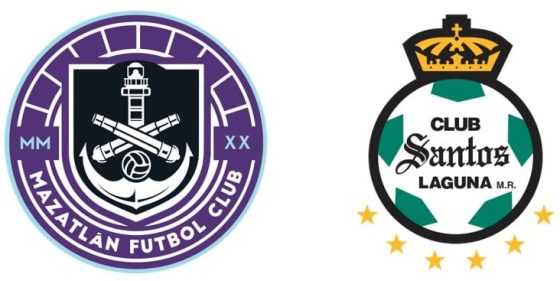 H2H Statistics and Odds For Mazatlan vs Santos Laguna

The head-to-heads and odds are located below:

No Winners At Estadio de Mazatlan

The only defense weaker than Mazatlan’s in the Clausura is Toluca’s which conceded 24 goals in 13 games compared to Mazatlan’s 23. Mazatlan is performing slightly better at home while Santos Laguna is an unpredictable side with 20 goals scored and 21 goals conceded in the Clausura. We believe the two teams are too similar for any of them to get the three points in this clash. A draw is expected.

Very Important Questions For This Game: