Will Mazatlan secure their place at the middle of the table and make Queretaro sink even lower on the 23rd of October? We will find out together.

If you are looking for the best possible tips for this game then you have come to the right place. For more expert Liga MX picks, please visit our dedicated page.

Mazatlan and Queretaro have only played 2 games against each other, so it is hard to make a solid prediction based on that, but in those 2 games Mazatlan won their home game with a 3:0 victory and the away game resulted in a 1-1 tie. Mazatlan also is performing quite well this season claiming the 10th position in Liga MX. Meanwhile, Queretaro has not been doing well so far, sinking down to the 16th position in the league. Queretaro secured a victory in only one of the five last games, while Mazatlan has 2.

Mazatlan’s last 5 games 4 ended with one of the teams not scoring a goal. Queretaro’s experience has been similar with 3 games ending in no goals for one of the sides. The last time these two teams face each other the game ended in a 3:0 victory for Mazatlan – again no goals for Queretaro. Queretaro will also have to face the trouble of finding a decent replacement for their main attacking threat – Jonathan Dos Santos who is out due to a suspension.

Two times these teams have faced each other and in both of them, Queretaro didn’t manage to score more than 1 goal. This means 1 goal every 180 minutes of play against Mazatlan. With such a tendency it is highly unlikely for the worst attack in the Liga MX this season to manage to score more than 1 goal in an away game. They have a total of 1 goal in their last 7 away games in Liga MX as well, which only makes this prediction more valid.

Head-to-head data for the Mazatlan vs Queretaro game

Those are the key head-to-head statistics and odds for Mazatlan vs Queretaro match:

Queretaro is in 16th place and deservedly so. They are the worst-performing attack this season. They have 1 goal in their last 7 away games in Liga MX and 1 goal in total vs Mazatlan. Queretaro faces suspension issues of their main attacker and Mazatlan is looking sharp for this game as they will use the home advantage in their favor. It is really hard to make any sort of case for Queretaro in this game, so a 2:0 victory for Mazatlan is not going to raise any eyebrows. 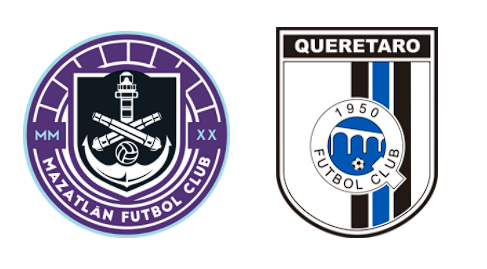 Q&A for the Mazatlan vs Queretaro game: