Today, we will go over the Liga MX fixture between Mazatlan and Monterrey, so stay tuned to find out what the top betting picks for the event are and where you can find the best betting lines.

Betting Lines, Predictions, and Free Picks for the Upcoming Match

We reviewed the necessary information about the Mazatlan vs Monterrey match and these betting tips are what we came up with.

Remember to double-check the odds because bookies can update them at any time, plus the betting lines above are from the BetMGM platform.

The tables below are where all the recent statistics for the Mazatlan vs Monterrey match are, so check them out before making your final decision.

Neither Mazatlan nor Monterrey have any injured or suspended players, so both teams will be at full strength on Saturday. While currently Monterrey and Mazatlan are starting the season in the top four of the Apertura, there are plenty of games to be played in the future. So, right now, Monterrey has a better chance of winning, considering their history with Mazatlan and their recent form.

If we count only the two games played in the 2021 Liga MX, we could have chosen Mazatlan as the winning team, but even if their form is perfect, so far, they haven't beaten Monterrey in the past and the Striped-Ones are in good form, as well. 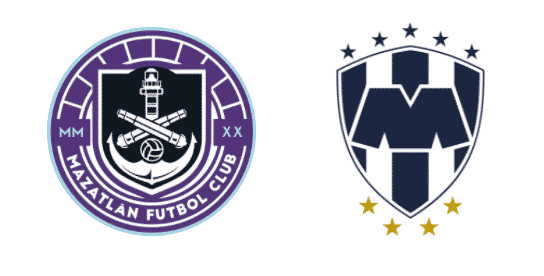