The home side Mazatlan will host a Round 7 fixture from Liga MX versus Atletico San Luis. This article aims to provide you with the best free betting tips available for this match.

Here is our team of experts take on the game:

The odds are true at the time of writing, but always remember to check your bet slip before finalizing your bet as the odds can change at all times without notice.  Our recommended bookmaker for this match is BetMGM.

Both sides had a great start to the season taking down some of the biggest teams. Mazatlan defeated Cruz Azul at the odds of +550, while Atletico overpowered C.D. Guadalajara. However, since their decent initial run, both sides’ good performances seem to have faded away. Mazatlan has failed to win any of its last 4 games, while Atletico San Luis hasn’t scored in 2 games now. With no team having a decisive advantage over the other, we prefer to go on and back the game resulting in a Draw.

What makes us believe that both teams will get at least one goal across the board, is the fact that they both struggle to keep a clean sheet. The stats are the same for the two sides – they've kept their net dry only twice in their last 10 individual matches. Mazatlan has found the net in 6 of those 10 games, and Atletico has scored in 7 of them.

Since Mazatlan's recent rebranding, only two games between these teams have been played so far. One of them finished 3-0 in favor of Mazatlan, and the other was a 5-0 Atletico San Luis victory, which means both games had an over 2.5 goal result. The home side has played 6 Liga MX games so far, 4 of which had over 2.5 goals, and the other two barely couldn't make it with just 2 goals. Atletico San Luis has a game less than its opponent and has had over 2.5 goals in 40% of its Liga MX matches.

Mazatlan vs Atletico San Luis: The latest stats and selection of the best odds

Who can keep its place in the top 12?

These opponents are currently neighboring each other in the league table, with Atletico sitting at the 10th position and Mazatlan at the 11th. If you are a fan of the Mexican top-flight you know that it's all about getting a spot in the top 12, in order to qualify for the play-offs.

Now, it's still quite early in the season for any of the games to be decisive, but a win for either side could easily solidify their position in the top 12. The pressure is on Mazatlan, because Atletico San Luis has played a game less than their opponent, and has a better chance at climbing the ladder. 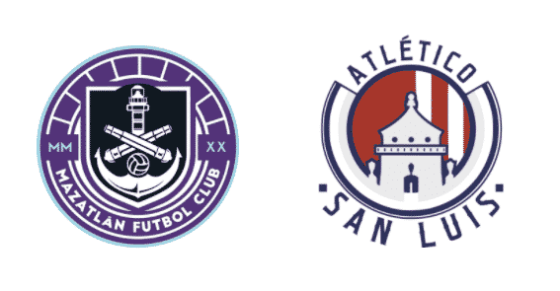