In this article, we will cover the top Los Angeles vs New York RB match and share our top recommendations and betting picks. If you are interested in seeing more MLS predictions, you can visit our site.

Below, you can check out the top free betting picks for the upcoming Los Angeles vs New York RB match. All betting lines used here are from BetMGM and they are subject to change, so make sure you check your bet slip before wagering.

All three times that New York RB and Los Angeles played together, we have seen both of them scoring goals. We believe that the upcoming match on Sunday will also end with a BTTS outcome. Four of the last five games for Los Angeles also ended with both teams scoring goals.

Latest Injuries and Suspensions for Both Squads Before the Game

Los Angeles doesn't have any suspended players right now, but four of their own are out with various injuries. Erik Duenas’ knee injury is from last summer, while Julian Gaines, Tomas Romero, and Ismael Tajouri all got injured less than three months ago.

In these tables, you can check out the latest odds and statistics for the Los Angeles vs New York RB match on Sunday.

Both New York RB and Los Angeles are placed in the top two places in each of their conferences, so the upcoming game is going to be interesting. We believe it will follow the same pattern as previous head-to-head games between the two teams – over 2.5 total goals scored by both teams in the match. 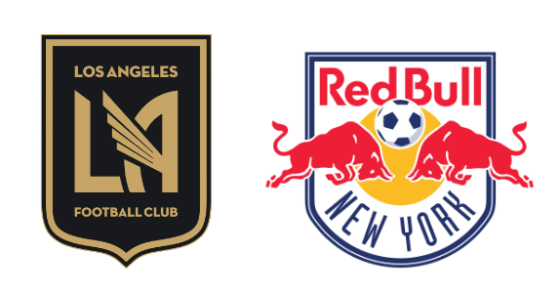