In this article, we will talk about the upcoming MLS match between Los Angeles and Minnesota Utd. If you want to see more MLS odds, make sure to visit our website, where we post the latest updates and predictions.

We gave our betting experts a job to find the top Los Angeles vs Minnesota Utd betting picks for the upcoming match between them on Thursday and these three picks are what they came up with.

We got the betting lines for these picks directly from BetMGM and you should double-check them before you place any of these bets because the odds can change at any time.

Three of the last five matches in Minnesota Utd's history ended with under 2.5 total goals scored. Their average goals for the whole season are only 2.3 per game. Los Angeles FC has had eight games out of the total fifteen this season with a score under 2.5 total goals.

These are all the statistics you need to make your conclusions for the Los Angeles vs Minnesota Utd match on Thursday. You can also see where you can place the top bets for the MLS fixture.

Los Angeles will continue to play without Kwadwo Opoku because of an injury and Minnesota Utd also have only one injured player that won't make it on Thursday. Defender Michael Boxall has been missing for three fixtures because of his thigh injury.

Minnesota Utd will also have to play without St. Clair Dayne who has been called to play in the Canadian squad for the Gold Cup. Los Angeles FC will also miss a Canadian because of the Gold Cup – midfielder
Mark Kaye. 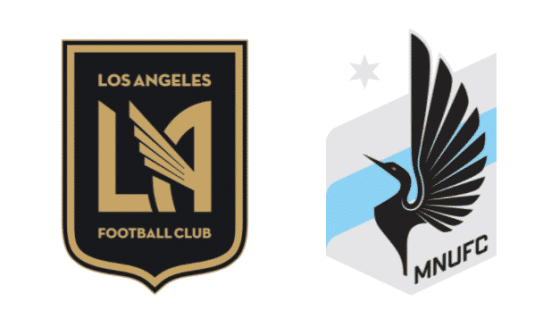 Essential Questions & Answers Regarding the Fixture