The Liga MX is already underway for the 2021 season, and believe it or not, we’ve already seen some shocking results. Of course, this is based on which teams were performing well last season compared with teams that didn’t perform all that well. As things stand, it’s going to be another cracking season, which is why we have looked at the spiciest games on the Liga MX schedule and detailed them for you right here.

While we’ve highlighted the games below, we obviously cannot say for sure whether each of these games will materialize to be an absolute classic. All we can do is look at those teams that have displayed exceptional quality in recent times, and look at teams whose head-to-head records set the stage for some awesome soccer to be played. But with that said, we certainly hope that each of these games will put on a great show – so do make sure you tune in where possible. 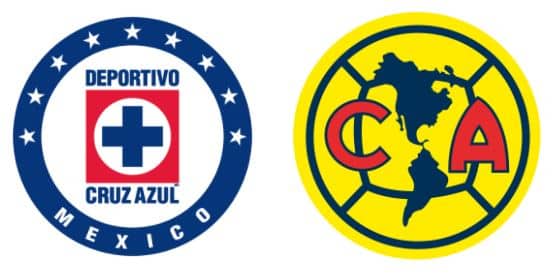 If you look at the Clausura standings from last year, these two teams absolutely dominated the rest of the pack. Ultimately, Cruz Azul managed to snatch the league victory by just 3 points, but the quality of soccer played between the two teams really was terrific to see. Many people are enthusiastic about watching this game once more for the 2021 season, and they are scheduled to play on October 31st. Where these teams will be ranked by the time this game rolls around is anyone\'s guess, but given how fiery the games were last season, this is one of those games on the Liga MX schedule that you won’t want to miss.

The only thing we will say is that we hope more goals are scored, as one game ended in a 0-0 draw somehow, and the other ended with Cruz Azul winning by a score of 1-0. However, both of these results were rather unexpected, as far as the reduced number of goals scored goes anyway.

Apart from Club America and Cruz Azul, the next best team according to the previous Clausura standings is Puebla. These guys really hit their stride last season, and undoubtedly, they played some of the most exciting soccer of the entire league. They only scored one less goal than both Club America and Cruz Azul, so this shows you that they are a very attacking team. Therefore, in terms of the overall Liga MX schedule, why would you not want to watch an attacking side go up against the Clausura champions? And as it happens, Puebla managed to beat Cruz Azul in their previous meeting – away from home we might add.

But back in the Apertura part of the season, Puebla and Cruz Azul enjoyed a hard-fought draw, in which Puebla also received a red card. There was no love lost in this one, which is why the upcoming game on September 25th will be a blockbuster!

The reason that we feel this one will be a great game is that Leon managed to win the Apertura, and Club America came within whiskers of winning the Clausura. Between the two teams, they have scored more than 50 goals, meaning that the game should be full of some pretty exciting shot-making and hopefully, several goals to shout about. And if you look at the two games these guys played with each other last season, Leon beat Club America 3-2 in the first installment, and Club America beat Leon by 2-1 in the second installment. Of course, with one game having 5 goals and the other having 3, we have a feeling that this one will deliver on excitement once again. Therefore, just make sure you tune in on August 29th when they clash!

Focusing on the results of the Apertura last year, you may recall that both Leon and Pumas UNAM absolutely killed it. When all was said and done, Leon finished in pole position and Pumas UNAM finished in second. As we all know, when you get a team from first position going up against a team that finished second, there are always going to be some fireworks. We believe that this one will be all the more intense because Pumas UNAM has failed to grab a win against Leon on their previous four attempts. In fact, not only have they failed to win any of the last four games, they have been beaten on three out of the four occasions.

When you look at the Liga MX schedule, you’d have a hard time finding a better grudge match than this one, for the entire year. These guys are scheduled to clash on October 21st, so you’ve got plenty of time to read up on the game. Don't forget to check out live streaming options to watch Liga MX games online.

Liga MX live stream – what are my legal options in the USA?