Two teams with huge ambitions for the upcoming season will be battling it out in the fourth round of the Liga MX Apertura. Stay tuned for the best free betting tips for the clash between Leon and Mazatlan.

Here is our team of experts take on the game:

Although the odds are true at the time of writing they may change at all times. Be sure to check your bet slip before finalizing your bet.  Our recommended bookmaker for this match is BetMGM.

Backing one of the most consistent Liga MX sides is a no-brainer, although this bet is nowhere near safe. This is just the third time Mazatlan participates in the Mexican top-flight. Club Atlético Morelia rebranded into what is known as CF Mazatlan now and is looking for its first big performance in its new history. Leon has played twice versus the rebranded side before, winning one of the games, but losing the other – the more recent one. The hosts ranked 1st and then went on to win the previous Apertura edition and are favored in this match-up.

As we already mentioned, Leon has played just two games versus Mazatlan, both of them seeing goals on both sides. Going further back in history, and going through the head-to-head stats between Leon and Morelia, we can see the latest 6 games have all had a BTTS – Yes result. This means that these teams have gone on to each score in 8 consecutive meetings now.

Similar to the previous section, the latest 8 games between these squads (counting Club Atletico Morelia and Mazatlan’s games together) have all had both teams scoring and to top it off – over 2.5 goals on each occasion but one. In total, there have been 34 goals in these 8 matches.

Leon vs Mazatlan: The latest stats and selection of the best odds

The hosts of the current game certainly have a single goal – secure a place in the top 4 and then win the play-offs. They did it in 2020, and were runners-up in 2019, so why not go for the 3rd attempt in a row?

Mazatlan on the other hand is yet to establish its name as a fearsome Liga MX side. The club lost a large chunk of its supporters after rebranding and moving the club's base to a different city. Being just 14 months old and off to a good start to the season will have us keep an eye on them. 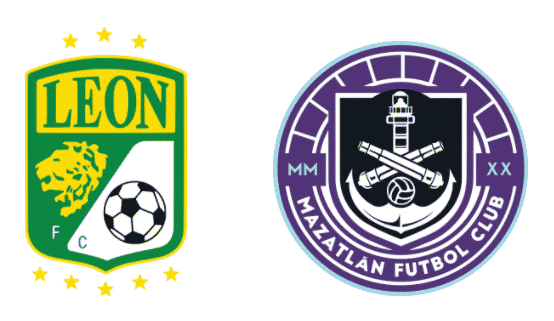