A highlighting clash between two of the top contenders for the current Apertura edition. It will be Leon hosting the game, which could aid its campaign enormously.  Check out more of our Liga MX predictions on our website, if you are interested in more betting lines and picks.

Here are our top free betting tips for the clash between Leona and Club America:

Make sure to always check your bet slip before placing a final bet. The odds are subject to constant changes. Our recommended bookmaker for this match is BetMGM.

The league's top sides playing each other is always dicey. The odds are higher for Club America, not because Leon is a definite favorite, but because it has the home side advantage. America has been demonstrating textbook football so far in the campaign with a goal difference of +7 after 6 matches. Leon has scored 1 more goal than their opponent but has conceded 3 times more goals too. Head-to-head Leon has won just 2 of the previous 5 clashes with America at home, which makes a 60% win or refund rate for our DNB bet.

We cannot deny that both sides are doing great so far in the campaign and have earned the top spots. Their goal-scoring form has been absolutely on point too. Both Leon and Club America have failed to score in just 1 of their last 10 games. What could go wrong here is Leon not being able to get through its opponent’s defense.

Taking a look at America's last 10 matches, we can easily spot that they've had just 3 games with a result of 3 or more goals. However, every time that they conceded a goal, the game went over the 2.5 marks. As we expect Leon to get on the scoreboard, backing the over 2.5 goals bet doesn't seem like that huge of a stretch.

Leon vs Club America: The latest stats and selection of the best odds

A crucial part of the campaign

This Saturday clash can prove to be the most important part of the entire Apertura. If Club America gets another 3 points it would comfortably split from the rest of the table and would solidify its 1st position. However, the win is extremely important for Leon too. That could be the club’s chance to overtake the league. Ultimately this match will show us which side is the better-equipped to win the competition. 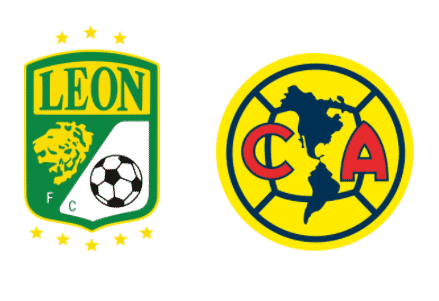 What do the fans want to know about this game?