Let's find out the top LA Galaxy vs Sporting Kansas City betting picks and tips for the fixture on Monday. If you are interested in looking at more MLS betting lines, you can check out our website where we post other predictions. The two teams currently hold the 3rd and the 2nd seed in the west and both will attack the 1st seed for sure.

Check out these top three betting picks for the LA Galaxy vs Sporting Kansas City fixture on Monday. The betting lines you see below are directly from the BetMGM bookmaker platform.

Please remember to check the betting lines before you place the bets because they can change at any time and might be different by the time you place the wagers.

Final Match Preview and Injuries for the Event

LA Galaxy will be missing defender Daniel Steres because of a muscle injury he sustained in June. Defender Derrick Williams has been suspended for the last four fixtures because of a red card and he won’t play against Sporting Kansas City on Monday.

Sporting Kansas City will be missing two midfielders and a goalkeeper because of various injuries on Monday. Defenders Gadi Kinda and Remi Walter have been injured only for several fixtures and goalkeeper Kendall McIntosh hasn't even played this season. 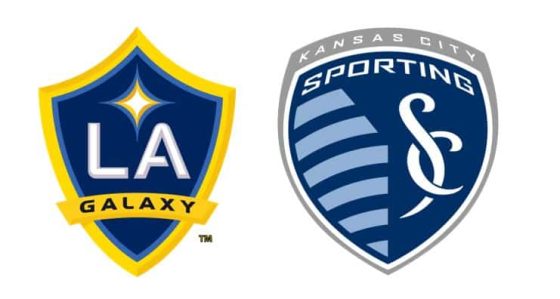