LA Galaxy are up against San Jose Earthquakes at the Dignity Health Sports Park looking for a way back from the recent away defeat.

LA Galaxy were crushed by a 3-0 win for Portland Timbers in the recent MLS outing. San Jose Earthquakes suffered three losses on the bounce after Sporting Kansas City managed a convincing 3-1 win. The top picks for this match are:

LA Galaxy slumped to a heavy loss on the road and it should not come as a surprise for a team that has not fared well on their travels. At home, however, it is a different story with Galaxy maintaining a 100% record in the three matches. San Jose did pick up a win in their last away match, but they are likely to struggle against an opposition of this quality.

Hernandez has been in sensational form in this early part of the campaign. He is already the leading scorer for the club by a significant margin after grabbing seven goals. This includes goals in two of the last three matches. Hernandez is looking for his first goal against San Jose in three attempts, but his recent form dictates a goal from the Mexican.

The games between Galaxy and San Jose have been entertaining spectacles with just one of the last six outings producing a goalless draw. This also happens to be the only occasion when this matchup produced less than 2.5 goals. San Jose are not favourites to win, but they have goals in them. Galaxy will be a confident bunch at home.

The excellent home form is turning out to be a crucial factor for LA Galaxy, who are struggling on the road. Greg Vanney finds his team in the top three spots of the Western Conference table despite suffering some big away defeats. This is largely down to their results at home. The outstanding form of Hernandez is a huge boost for the team.

San Jose have slumped to 3 consecutive losses with all of them coming at home. The team would appreciate playing away from home for a while and this is being offered to them with three consecutive away matches. San Jose may find it difficult to immediately bounce back from the losses, which have all been against the top teams. Jacob Akanyirige is an injury worry for San Jose. 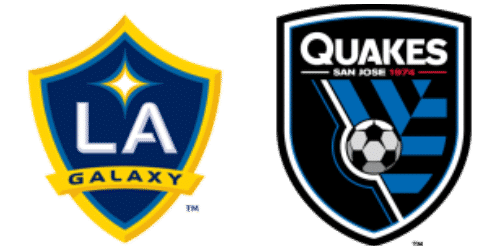 Where is the match scheduled? Dignity Health Sports Park

Which team is the favorite to win? LA Galaxy