LA Galaxy will be facing Real Salt Lake on the 5th of August and in this article, we will see what the top betting picks for the match are and where you can watch it.

We will list our top suggestions for the upcoming LA Galaxy vs Real Salt Lake fixture, and we will show you where the top betting lines for the match are, as well.

The odds are from BetMGM and they are subject to change, which means that you will have to see if they changed on your bet slip or bookie platform before you place any of these bets.

Below, you can see the most recent statistics and scores for the upcoming MLS match between LA Galaxy and Real Salt Lake.

Real Salt Lake has three injured players this week with various injuries that won't be able to make it to Thursday's clash against LA Galaxy. Besides them defender, Justen Glad won't play because he received a red card suspension.

LA Galaxy doesn't have any injuries or suspensions, but three players (midfielders Efrain Alvarez, Johnathan dos Santos, and Sebastian Lletget) won't be able to attend the match against Real Salt Lake because they have duties with their national teams. 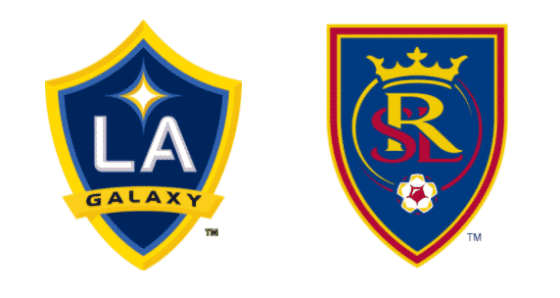