In this article, we will go over the LA Galaxy vs Portland Timbers game and present you with the top betting picks and predictions for it.

We came up with the following betting picks for the LA Galaxy vs Portland Timbers match. All betting lines are from the bookmaker BetMGM and are subject to change. That means that after you read this, you should double-check them for changes before betting.

We suspect that there will be more than 2.5 total goals scored during the Saturday game. The same thing happened in three of the last four games that both teams played separately in the MLS. Also, the last ten games between LA Galaxy and Portland Timbers all ended with over 2.5 total goals scored, so it's safe to say that they are used to high-scoring games.

In this section, you can check out the latest lineup information regarding the upcoming MLS game.

Portland Timbers will only have to miss Felipe Mora and George Fochive this weekend because of their injuries. There aren't any suspended players right now.

Jorge Villafana, Sacha Kljestan, and Adam Saldana are all out with injuries and won't play this weekend There aren't any suspended players.

Below, you can see all the scores and outcomes of the most recent Portland Timbers and LA Galaxy matches, including head-to-head scores.

LA Galaxy vs Portland Timbers: Fixture Conclusion About the Game

Plenty of games between Portland Timbers and LA Galaxy ended with a high-scoring outcome and goals from both sides. It's safe to say that that is the expected outcome in most future games they play together. That includes their Saturday match this weekend. 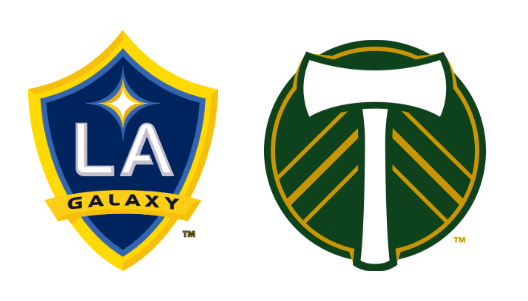 Top Q&As Regarding the LA Galaxy vs Portland Timbers Fixture