These betting picks are for the LA Galaxy vs Montreal fixture, and you can also read additional information about the fixture. If you are interested in more MLS odds or betting picks, you can take a look at our latest content.

These are the latest betting lines and free picks for the LA Galaxy vs Montreal match. We used odds directly from the BetMGM bookmaker platform, and before you place any of these wagers make sure to double-check the lines because they are subject to change.

The last five games for LA Galaxy and three of the last five matches for Montreal ended with both teams scoring goals. We believe that their next head-to-head fixture will also end with goals from two sides. The last time these two teams met, the game also ended with a BTTS outcome.

Lineups and Injuries Regarding LA Galaxy vs Montreal

In this section, you can check out the latest LA Galaxy vs Montreal lineups and injuries before their game this week.

LA Galaxy's only injured players are Chase Gasper and Jorge Villafana. Besides them, two more won't play this week because of red card suspensions they received in the game against Minnesota United – Kevin Cabral & Douglas Costa.

Montreal doesn't have any suspended players, but two of their own are out with various injuries – Tomas Giraldo since mid-May and Bjorn Johnsen since mid-March.

These are the most recent head-to-head statistics for the upcoming MLS fixture LA Galaxy vs Montreal.

How Will the Tuesday Game Between LA Galaxy and Montreal End?

Our top predictions for the upcoming LA Galaxy vs Montreal game are that we will most likely see goals from both sides and more than 2.5 total goals scored during the game itself. Right now, Montreal is sharing first place at the Eastern Conference table with two other teams, while LA Galaxy is taking a mid-table spot in the Western Conference. 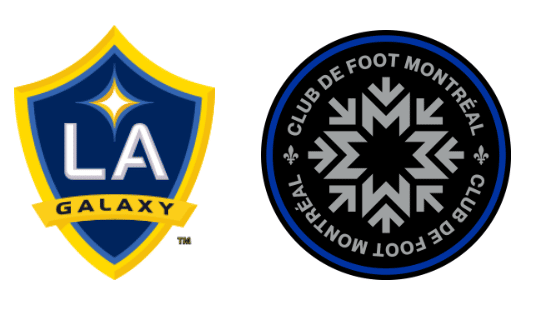 Common Queries About LA Galaxy vs Montreal on Monday