In this fixture, we will focus on the upcoming LA Galaxy vs Minnesota Utd fixture, which will be played on the 8th of November next week. If you want to see more MLS predictions and free picks, check out our website.

Below, you can check out the most recent predictions and free picks for the LA Galaxy vs Minnesota Utd match next week.

These odds are all from BetMGM and are correct at the time of writing. Make sure to double-check them before continuing because they are also subject to change.

Minnesota Utd has proved themselves against LA Galaxy recently with a win during their last match in September. Also, they lost only one of the last five matches they played, while LA Galaxy lost or drew three of their latest five matches.

LA Galaxy is one of the teams with more “over 2.5 total goals” games this season with twenty-one of the thirty-three games they played ending that way. Also, three of the last five matches between LA Galaxy and Minnesota Utd ended similarly. Not to mention that even Minnesota Utd, who is at the bottom of the table when it comes to goals has more than 2.5 total goals in three of the last five matches they played in the MLS.

In these tables, you can check out the latest LA Galaxy vs Minnesota Utd match histories and recent bookie odds.

Both LA Galaxy and Minnesota Utd are lucky when it comes to injuries because all of their players are healed up and on Monday, they will be playing at 100%. When it comes to the outcome of the match, we are betting on a high-scoring match because of the recent games for both teams and a win for Minnesota Utd. 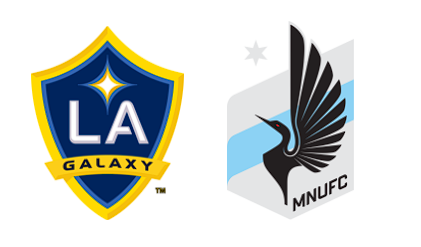