Going up against each other for the 3 points we have LA Galaxy and Los Angeles FC. Both teams look to get the best result in this match. The best betting tips are below.

Our extensive analysis of the two teams will provide you with what we consider the best betting tips for this game. If you want to get more exclusive MLS betting picks, see our dedicated page.

All of the mentioned odds are derived from BetMGM and could change, so make sure to double-check your bet before placing it. Our recommended bookmaker for the game is BetMGM.

Both teams enter this game in an attempt to end their 3-game losing streak. The history between is without a doubt in favor of LA Galaxy. In their 12 official matches, LA Galaxy got 5 wins,3 for Los Angeles, and 4 games ended in a draw. Los Angeles FC’s ambitions for victory will also be hindered by the number of injuries. LA Galaxy’s coach will count on his very best 11 men in this home game and a win is what he would be going for as it could help secure a place in the play-offs.

Second Half Over 1.5 goals

Currently, at the 6th position in the table, LA Galaxy will look to beat one of their main opponents for the play-offs. They would also seek to use the home advantage and secure a victory with a few goals margin. 5 out of the 9 goals scored in the last 10 games came in the second half for LA Galaxy while Los Angeles FC conceded 11 goals out of 15 in total in the second halves of their last 10 games.

Los Angeles FC is facing injury problems with the main man and captain Carlos Vela out for this game as well as starting goalkeeper Pablo Sisniega, CD Eddie Segura, winger Brian Rodriguez and Center Forward Kwadwo Opoku. The strike force of the team is undoubtedly shaken and the team will be looking to play a safe game which suggests fewer goals by the away team.

The match statistics below will provide you with enough data so you can make the best possible bet:

LA Galaxy is ranked 6th in the table, while Los Angeles FC is down at 9th. Los Angeles FC will have a difficult time achieving a win this Monday due to many key players missing this game. That isn’t an issue for LA Galaxy who enter the game with their best possible side. The history between the two teams doesn’t suggest a win for Los Angeles FC, LA Galaxy has the home advantage AND they have an in-form Javier Hernandez going for the top goal scorer place. Our prediction for this game is a 2:0 win for LA Galaxy. 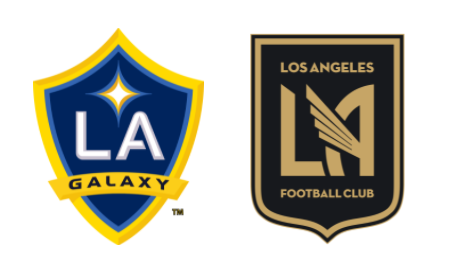 Key questions and answers regarding the upcoming game: