One of the few matches that will be played this Sunday is LA Galaxy vs Dallas. Today, we will go ahead and check out the latest betting picks, lines, and predictions for the event. Check out our website for the latest MLS odds and picks.

We went through the necessary information to come up with the following free picks for the LA Galaxy vs Dallas fixture this week. The odds we used here are from the BetMGM platform, and even though they were correct when we wrote this, you should check on them because they are subject to change.

Four of the last five times that LA Galaxy hosted a match against Dallas, it ended with both teams scoring goals. We believe that Sunday's match will also end that way because many of Dallas’ recent matches ended with goals from both sides. LA Galaxy's last match also ended that way.

LA Galaxy and Dallas are currently both with nineteen points, but our favorite for Sunday’s match is LA Galaxy. They won two of the last three games they hosted against Dallas, and also won four of the last five matches they played at home. Dallas lost or drew all five of their latest matches away from home, though.

Recent Player Injuries and Suspensions from Both Teams

Here, you can check out the most recent player injuries and suspensions before the game this weekend.

LA Galaxy doesn't have any suspended players, but there are three injured players on the squad – Jorge Villafana, Victor Vazquez, and Adam Saldana.

Dallas doesn't have any injured or suspended players for this period, so they will be facing their opponents at full strength.

The tables below contain the most recent statistics and head-to-head data for the LA Galaxy vs Dallas match.

LA Galaxy and Dallas are occupying the third and fourth place in the Western Conference table, but unless the game ends without a winner, one of them can even climb to the second position this weekend. Also, we suspect that both teams will score during the match. 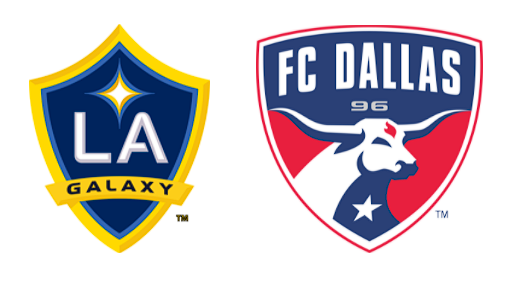 Popular Q&As for LA Galaxy vs Dallas This Week