We have another Liga MX game ahead of us and it looks like it is going to be a close one, let’s see what the football experts have to say on the topic.

With the following match statistics below, you will be able to make the best possible bet. For more expert Liga MX picks, please visit our dedicated page.

This one is going to be difficult to predict due to the absolute balance between the two teams. In the 5 total games they played versus one another they shared 2 victories and 1 game ended in a tie. 3 of the games that weren’t a tie were extremely close to a tie with only 1 goal separating the two teams. The only draw that came in this derby was on the Juarez Stadium ending in a 1:1 result. Looking at the table at Liga MX we can see that the teams are amongst the clubs with the greatest number of ties in the league – Juarez has 7 and Puebla has 5.

Short as it may be the history of this derby does provide enough evidence for us to make the argument that both teams will score a goal. If we had to put it in percentages then 50 % of the times that Juarez hosted this game the result was a 1:1 tie. The only other time Juarez hosted the derby ended in 1:0, also extremely close. In Juarez’s last 5 games 3 ended with both teams scoring at least 1 goal. Puebla isn’t as good on that front as they have only 1 out of 5.

The only time this derby gets more goals is when Puebla hosts the game. Juarez hosted it twice and both of the games ended in Under 2.5 goals. Looking at their current performance we can also make the case for that prediction. 4 of the last 5 games that Puebla played ended with very few creative chances and as a result – goals. The same could be said about Juarez’s performance. The clubs are also extremely close pointwise at the table so neither side will look to dive into attacks.

Head-to-head data for the Jaurez vs Puebla game

Those are the key head-to-head statistics and odds for Juarez vs Puebla match:

This Saturday at the Estadio Olimpico Benito Juarez we will most likely see a bore draw, according to our football experts. Looking at their current performances and the nature of this derby we can’t really make many arguments in favor of the opposite. Centre-back Lucas Maia will miss the game due to a red card suspension so Puebla will have to be extra careful with their defending in the game. Both teams require points, but they also can’t afford to lose any. The only logical outcome would be a defensive game and a 0:0 or 1:1 tie that would probably satisfy both of the clubs. 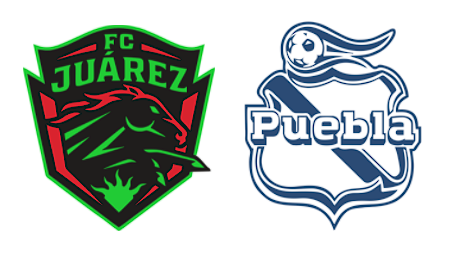 Common questions for the Juarez vs Puebla game: