Japan come into this match as the only men's team standing with a 100% record at Tokyo. Can they maintain it to qualify? Find out with our Japan vs New Zealand match preview with free tips, predictions and odds mentioned along the way.

Our picks for Japan vs New Zealand

Japan to win with room to spare

Kicking off our predictions is a handicap bet that Japan win -1. The hosts saw off South Africa and Mexico before battering France 4-0 in the final group match. By contrast, New Zealand battled their way out of a considerably easier group where they only beat South Korea before losing to Honduras and drawing with Romania. They'll look to soak up Japanese pressure but as soon as a goal goes in the game plan won't work and Japan could pick them apart.

Not only do we see Japan winning this match but it could be a really entertaining affair too. Japan's last two matches exceeded 2.5 goals whilst their average across the three group matches was 2.7 goals. For New Zealand, they kept things low scoring against Romania and South Korea but their 3-2 loss against Honduras serves as proof they can be got at. That's exactly what we expect to happen; if the hosts go for the jugular early then the floodgates will open.

Limited goals in the first 45

Our final prediction is another goals tip but here we focus purely on the first 45. We expect the game to open up at some point hence we've backed over 2.5 earlier in the article but at the interval the prospect of more than one goal feels unlikely. Two of New Zealand's matches in Tokyo have unfolded that way already and knowing it will likely be too another backs to the wall type display just screams of a tight opening; it's something that should come slightly easier with home fans not allowed inside the stadium.

Japan vs New Zealand: Find out the latest form

So, how can New Zealand get a result? Well, so far Tokyo 2020 has seen the best and worst of New Zealand. They're capable of being hard to breakdown – as proven against South Korea and Romania – but if they take the eye off the ball there simply isn't the quality in the team to get them over the line. Their main attacking threat will be Burnley forward Chris Wood; if he can give them something up top then maybe, just maybe, they'll cause a shock.

FAQ on Japan vs New Zealand 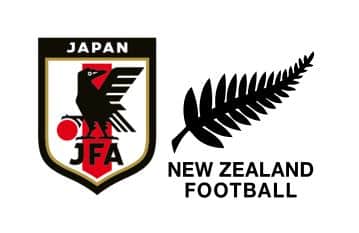