Let's go over upcoming Jamaica vs United States World Cup qualifier, which will be on the second match they play together in the tournament, and this time Jamaica will be hosting.

Latest Picks, Predictions, and Odds for Jamaica vs United States

These are the top predictions and free betting picks for upcoming Jamaica vs United States fixture this Tuesday. If you want to see more World Cup qualifier odds, you can check out our website.

All odds are from BetMGM and are subject to change. Make sure you double-check them before continuing.

The USMNT is the clear favorite in this match-up because their recent form consists of four wins and one loss. On the other hand, Jamaica lost or drew four of the last five matches they played. The USA will most likely get promoted to the World Cup considering they are heading the table right now, while Jamaica is eight points behind them. If we look at the head-to-head history, we will see four wins out of the last five games for the USMNT.

Many of the matches that both the United States and Jamaica played during the qualification, for now, ended with under 2.5 total goals scored. For example, five of the seven matches that Jamaica and the USMNT played ended that way. Also, three of the last five head-to-head matches between the two teams ended with fewer than 2.5 total goals.

These are the most recent match statistics and histories between Jamaica and the United States national teams.

The obvious winner in this fixture will most likely be the USMNT because they are not only in better form recently, but also because they won all three of the matches they played against Jamaica this year. Jamaica doesn’t have any chance of qualifying unless all the teams before them start having bad luck all of a sudden and lose the remaining fixtures, which is unlikely to happen. We don't know of any injured or suspended players for either of the teams, so they will be playing at full strength. 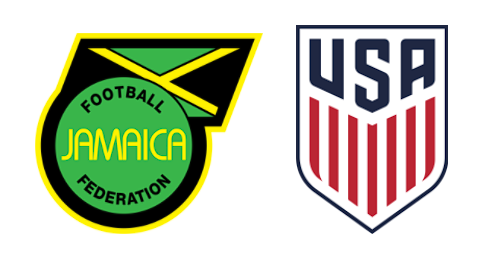