One of the World Cup qualifiers, which will be on the 28th this week is between Jamaica and Mexico. If you are looking for the best picks and lines for the game, then this is the best place to find them.

Top Free Picks and Betting Lines for Jamaica vs Mexico

Here is what our experts think of the Jamaica vs Mexico fixture this week. For more World Cup Qualifier odds, you can check out the latest posts on our website. Also, all the odds in this article are from BetMGM and are subject to change. Double-check your bet slip before continuing.

Jamaica has improved their game in the World Cup qualifiers in the last five matches they played, but we still don't think it would be enough to face Mexico, who have twice more points than them. Also, Mexico beat Jamaica in three of the last four matches they played in Kingston, so it's logical they can do it again, like last year's fixture.

Information and Lineups Regarding Jamaica vs Mexico

Let's see how impacted the teams will be for Friday's World Cup qualifier.

It is still uncertain if the players that were missing during last month from the teams will be back or if their illnesses are still keeping them away. We will most likely don't see Ravel Morrison because of a suspension, though.

Mexico will be playing at full strength because they don't have any injured or suspended players on their roster.

Fixture Statistics and Bookmaker Odds for Jamaica vs Mexico

In the tables below, you can check out the latest bookie odds and statistics for both Jamaica and Mexico and their match this week.

Jamaica may put up a fight, but we don't think that the match this week will end in their favor. Mexico beat them at their home turf many times in the past and has played better in general in their World Cup qualifier group. If Mexico wins this Friday, they can interrupt their losing streak and maybe get ahead of Panama to keep their spot for promotion to the World Cup. 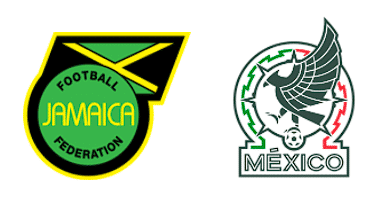