Let's check out the Houston Dynamo vs Minnesota MLS betting lines and other useful information on the fixture. If you are looking for more MLS betting picks or lines, you should look no further than our website.

Our Betting Picks and Lines Regarding Houston Dynamo vs New England

Our MLS betting experts reviewed the statistics and data for both teams and came up with the following free betting picks for you. All lines come from BetMGM, so before you place any of the bets above make sure to check them out to see if the prices have changed or not.

In this section, you can check out the latest sidelined players before the beginning of the upcoming Houston Dynamo vs New England game.

At this time there are only three injured players from Houston Dynamo – Daniel Steres, Hector Herrera, and Memo Rodriguez. There aren’t any suspended players on the team.

New England doesn’t have any suspended players on the squad, but a few of their own are out with injuries – Jacob Jackson, Dylan Borrero, Brandon Bye, Wilfrid Kaptoum, and Giacomo Vrioni.

Latest Scores and Statistics for the Upcoming Game

For Wednesday's game between Houston Dynamo and New England, we think that since both teams have had colorful form recently that is almost the same, it will be tough to determine a winner correctly. That's why our top two picks for the upcoming game are that we will see more than 2.5 total goals scored by both teams during the game. 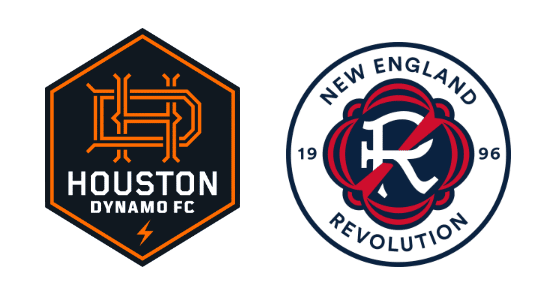 Frequently Asked Questions Regarding the Event