Houston Dynamo will face LA Galaxy on the 21st of October, and today, we will check out the fixture and give you our suggestions for top free picks and predictions.

We tasked our team of experts to go through the data and we found that the top predictions and free picks for Thursday are the ones below. For more MLS predictions, go to our website's latest soccer picks.

All odds are from BetMGM and are subject to change. Before wagering makes sure to double-check the odds via the bookmaker platform.

The one prevalent fact in common we see is that almost all of the times that Houston Dynamo hosted a match against LA Galaxy, it ended with both teams scoring goals. For example, that happened four of the last five times they played together at Houston. Also, three of the last five times both teams played separately, the matches ended the same way.

These are the most recent team forms and statistics for the upcoming Houston Dynamo vs LA Galaxy match.

Houston Dynamo will have to overcome a lot of stress and win the match against LA Galaxy on Thursday, and we think they can do that. They are currently in better form and they proved that they could do it in recent history. There are injuries on both teams with Houston Dynamo's four injured players and LA Galaxy's two injuries. We don't know when exactly these players will be back, but we are sure of one thing – they won't play this coming Thursday. 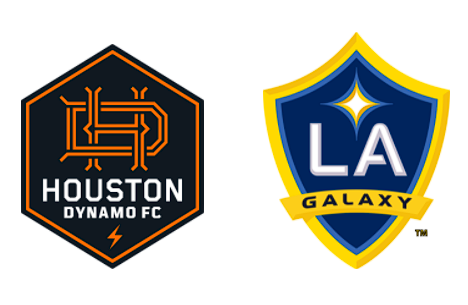