Honduras will be facing Canada on the 28th of January, and in this article, you can read about the match details and top predictions our team of experts came up with. For more World Cup Qualifier odds, you can check out our website.

Latest Odds and Lines for Honduras vs Canada

In this section, you can read about the upcoming Honduras vs Canada predictions our team created for the upcoming qualifier this week. All odds are from BetMGM and can change at any time. This means that you should double-check your bet slip before continuing.

Canada seems to be on a winning streak with three wins in a row out of the last five matches they played in the World Cup qualifying stage. On the other hand, Honduras is currently with the least points in their group and has four losses in a row, so we don't think they stand a chance against Canada this Friday.

Information and Lineups Regarding Honduras vs Canada

Will both teams play with a full roster at the end of this week or will some players be missing? Let’s see below.

Honduras doesn't have any injured or suspended players, so they will be playing at full force this week.

Canada also doesn't have any injured players on their teams, so they will play against Honduras at 100% this week.

Statistics, Scores, and Match Histories for Honduras vs Canada

Below, you can check out the most recent statistics and scores between Honduras and Canada for their match this week.

Honduras doesn't stand a chance against Canada especially since their recent form speaks for itself. Not to mention the fact that they haven't won a match against Canada since 2016. On the other hand, Canada is living the dream and will most likely get promoted to the World Cup since they are leading the table right now. We also don't expect a lot of goals to be scored during the match at the end of this week. 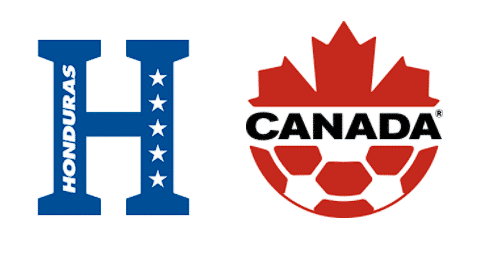