Let's talk about the Guelph United vs HFX Wanderers fixture, which will be on the 11th of May (Wednesday). If you want to see more Canadian Championship predictions and free betting tips, don't hesitate to visit our website.

In the list below, you can check out our top free betting picks for the Guelph United vs HFX Wanderers match this week. All odds from BetMGM are subject to change. Make sure to double-check them before you place any of these bets.

Guelph United secured their 2022 Canadian Championship position by defeating the Blue Devils in the League1 Ontario playoffs and securing the title. Despite this, they will face a team that plays in a higher tier of football right now and we don't think they will win. HFX Wanderers won or drew three of the last five games they played, so they are having a positive form, so far.

We think that both teams will definitely score during Wednesday's match if their histories are anything to judge by. Four of the last five matches for Guelph United and two of the last three matches for HFX Wanderers ended with both teams scoring goals, too.

In this section, you can check out the latest injuries and suspensions for both teams before their game.

We don't know of any injured or suspended players from Guelph United right now, but even if they have an advantage in that department, we don't think it will matter against these opponents.

HFX Wanderers don't have any suspended players right now, but João Morelli will continue to miss the team's games for the rest of 2022 because of a cruciate ligament injury.

In the tables below, you will have to check out the Guelph United vs HFX Wanderers stats and data for their upcoming clash this week. These teams haven't played together, yet so this will be the first time they faced each other.

As much as the League1 Ontario title was high for Guelph United, we don't think that they will continue with the good luck. They will be playing against the CPL team this week in the 1/8 finals, but we don't think they will win at the end. We may see both teams scoring though, so that's at least something. 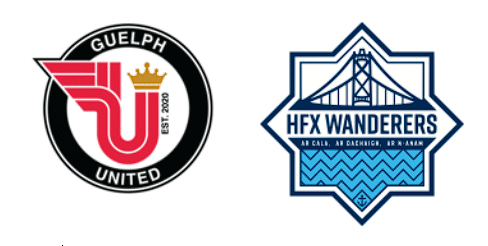