It's not very often you see two teams locking horns when both can boast a 10-0 victory within their last five matches; where Guatemala vs Guadeloupe are concerned you can though. Who will come out on top in this mammoth match? Find out with our Guatemala vs Guadeloupe match preview with free tips, predictions and odds mentioned along the way.

A trio of tips for Guatemala vs Guadeloupe

Guatemala to be heading to the Gold Cup

Guadeloupe have won their last five matches but we're backing that run to end here. The reason being that Guadeloupe are in cracking form as well; they have drawn two of their last three games making their immediate form slightly worse than their opponents but, in broader terms, they're the form side. If you look to the 10 game view, Guadeloupe have been beaten three times. Guatemala have won seven and drawn three meaning they've not been beaten since October. With so much at stake in this game, they won't let that run end easily.

A clean sheet and victory for Guatemala

The first of our tips backs Guatemala to win. Here we take that a step further and predict that they'll do so whilst recording a shutout; they've not conceded in eight matches. That's a terrific run by any standard. Guadeloupe do carry a goal threat as 22 goals in five games will prove but prior to this hot streak, they had failed to score in four games on the spin so they can be kept quiet.

Let's not try and spin this any other way. Our final prediction being a correct score tip is always an ambitious thing to do but this Guatemala to win 2-0 punt does come with logic. A big chunk of our thought process is outlined in the previous section but to recap, Guadeloupe have failed to score in four of their last 10 matches and face a Guatemala side that are hard as nails to score against. Guatemala have scored 22 goals across their past 10 matches, which is an average of 2.2 per game. With a place at the Gold Cup at stake, if they go a goal or two up it will be time to shut up shop.

Two form sides but Guatemala will be too strong

Guatemala and Guadeloupe both arrive in this match in a rich vein of form. Defeats haven't been anywhere to be seen in the last five matches whilst the goals have been flowing for both attacks. Here, with a place in the Gold Cup finals at stake, something has to give because only one team can qualify. Guatemala have a solid backline with Jose Pinto and Moises Hernandez at the back whilst their attacking players speak for themselves with such a glut of goals being scored; they've scored 17 in the last five. Guadeloupe have their own goal threat with Raphael Mirval who has netted six goals in his last five internationals. Defensively they might find it tougher though with Steve Solvet and Anthony Baron likely to have their work cut out.

FAQ for Guatemala vs Guadeloupe 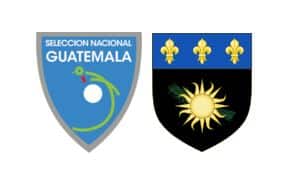