Both sides have struggled in the past games between each other and on the 18th of October we are expecting more of the same from Guadalajara vs Toluca.

The info below will provide you with sufficient data to make the best possible bet for the upcoming game. For more expert soccer picks, please visit our dedicated page.

Guadalajara and Toluca have had a very balanced history. In the past 10 games between the two 7 of them ended in a tie. The most common result in this clash is 1:1 which speaks a lot. Guadalajara themselves aren’t a very offensive team and this will hinder the chances for the spectators to see many goals.

In 7 out of the last 10 games, both teams scored 1 or more goals. Toluca is currently doing very well in the league staying at the 3rd position with only a few points below the leader. But meanwhile, they have one of the worse defenses in Liga MX, which suggests that despite the unenviable offense of their offense they might allow a goal. Chances are they will not have issues with scoring a goal as they are the highest-scoring team in the league netting 19 goals so far.

Despite the good form that Toluca is in an offensive matter of speaking, game history is not something to take lightly. 7 out of the last 10 games ended in very few goals with 1:1 being the most common result, as mentioned above. A few games ended in a bore draw.4 out of the last 5 games for Toluca ended in under 2.5 goals so that’s another reason for this prediction.

Key data for the Guadalajara vs Toluca game

Here are the key statistics and odds for Guadalajara vs Toluca game:

History will repeat itself

Both teams will look for a victory as any other game goes, but the history of the game suggests a tie. When 7 out of 10 games get tied you have to take notice. The teams have some injury issues as well which will hinder the creativity in the game. Isaac Brizuela, Antonio Rodriguez, Cristian Calderon, Hiram Mier and Miguel Barbieri will miss the game due to injuries or suspensions and this may force the coach’s hand into a more conservative approach in the game which only leads us back to the main idea – the game ending in a bore draw 0:0 or perhaps a 1:1. 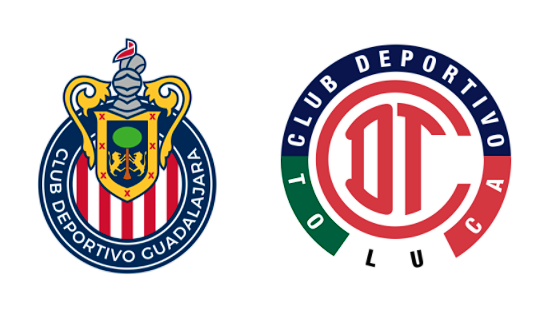 Questions about Guadalajara vs Toluca game: