An expected even game is ahead of us on the 24th of October with Guadalajara and Cruz Azul going up against each other in a vicious derby for a better position.

An interesting clash for sure, but one that we analyzed well enough to support you with the best bets and odds. For more expert Liga MX picks, please visit our dedicated page.

The mentioned odds were such when the article was being written, but make sure you get the most out of your bet by double-checking the odds before actually making your bet. Our recommended bookmaker for the game is BetMGM.

In the last 10 games between these 2 opponents, Cruz Azul won 6 games, 2 resulted in a tie and Guadalajara secured only 2 victories. Guadalajara’s last 5 games were 2 victories, 2 losses , and a draw, while Cruz Azul is performing slightly better with 2 victories, 2 ties, and only 1 loss in their last 5 games. Thankfully, the Cruz Azul coach will be able to count on his main attacking threat this season – Brian Angulo ahead of the game. Meanwhile, Guadalajara is facing many injury and suspension problems which will only reduce their chances of winning.

Statistically speaking Cruz Azul has managed to score in 83 % of their away games this season. Quite the accomplishment but also important to mention that Guadalajara is a decent home team and It may be harder for Cruz Azul to score this Sunday. Both teams are considered one of the best defensive sides in Liga MX with only 10 goals conceded so far this season. Meanwhile, the attack of Guadalajara isn’t something to brag about because it is one of the lowest-scoring ones in the league.

The fact that these two teams have been very solid in defense this season led our football experts to believe that the next edition of this clash will not be a very fruitful one. Guadalajara is facing some injury and suspension difficulties and will most likely look to secure a point in this game via defensive football. In 4 of their last 5 games against each other, there were 2 or fewer goals scored as well. Furthermore, Guadalajara’s last 5 games all ended in Under 2.5 goals. Some even ended in under 1.5 goals.

Find the best odds for the Guadalajara vs Cruz Azul game

Those are the key head-to-head statistics and odds for Guadalajara vs Cruz Azul match:

The battle for the 3 points will undoubtedly be fierce, but the statistics don’t suggest many goals here. Guadalajara will have to find the right formula in the starting 11 without Hiram Mier, Cristian Calderon, J. de Jesus, and Antonio Rodrigues who will all miss the game due to injury and suspensions. The current form that the two teams are displaying is telling us that very few goals will be scored in this derby. Our football experts believe this will be a very close game to call, with a 0:1 victory for Cruz Azul or a 0:0 tie the most likely outcome. 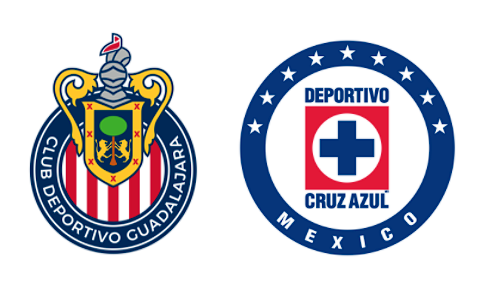 FAQ on Guadalajara vs Cruz Azul: