Round 12 of the Liga MX will bring us an extremely exciting fixture. The matchup between Chivas and Atlas is the most contested Guadalajara derby in Mexico. A game accompanied by a ton of emotions this game will be a great piece of football

Here is our experts' verdict on this rival fixture along with the top betting picks we recommend:

The odds are true at the time of writing. We advise you to check your betslip every time before finalizing a wager, as the odds can change at all times. Our recommended bookmaker for this match is BetMGM.

Chivas is the second most successful Mexican club and historically dominates this rivalry. However, the club is facing some troubles in the current Apertura edition. The hosts scored only 7 goals in their last 10 matches, winning just 3. Atlas on the other hand just recently defeated Leon and Monterrey and has scored 8 goals in its 5 matches. Its goal difference is also much better (+7) compared to the hosts'. Nevertheless, we are going with a DNB bet, as Chivas Guadalajara defeated Atlas in 8 of their last 10 meetings.

With just how troublesome it is for the home to find the net, backing the BTTS – No bet seems like a good option. Furthermore, Atlas is the side with the best defense in the league, conceding only 5 goals in 11 matches so far.

An Under 2.5 Goals bet in a game featuring the lowest conceding club is nearly a must. Combined with Chivas' troubled offense, we do not expect to see a lot of goals in this tie. Head-to-head, 6 of their last 10 meetings resulted in Under 2.5 goals scored.

Guadalajara vs Atlas: The latest stats and selection of the best odds

El Clásico Tapatío in the 12th Liga MX round

The two biggest teams in the city of Guadalajara and also in the Mexican top-flight will meet for yet another edition of the so-called Clasico Tapatio. This is the oldest ongoing rivalry in Mexico and has been contested since 1916. In general, Chivas has had the better of Atlas in the majority of the occasions in which they meet – nearly 50%. As we mentioned earlier, lately their dominance has continued winning 8 of the last 10 games vs Atlas. However, we believe that the guests have a great chance of breaking CD Guadalajara's win streak versus them. 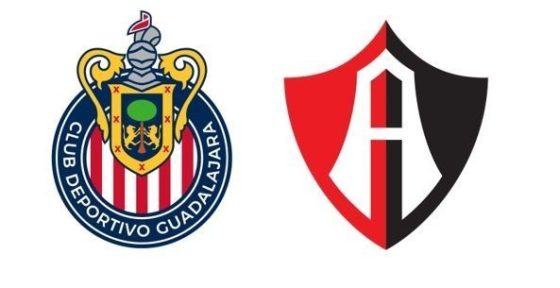 What are the most frequently asked questions about this game?