This preview looks at the Canadian Premier League meeting between Forge and Pacific United at the IG field in Winnipeg. The hosts are at the bottom of the table, while Pacific have picked up four points from the opening two rounds.

Forge continue to flounder and the latest struggle for the team was during the 2-0 loss against Edmonton. Pacific failed to build on the win over HFX Wanderers after being held to a 2-2 draw by York United.

Pacific FC were able to produce a strong display against York United without being successful. The physical approach from York United was a problem for Pacific but they are likely to struggle with the same against Forge. Bobby Smyrniotis’ men have made a poor start to the campaign and it is down to their struggles in the final third. Even against Edmonton, Forge were unable to make an impact on the crucial area of the pitch. This should play into the hands of Pacific, who are quite strong in possession.

Pacific will look to control the game as they have done under the stewardship of Pa-Modou Kah. The inability of Forge to make an impact in the final third means that Pacific are likely to get greater control of the game through possession. They have not been exactly prolific going forward with two goals in the two rounds each.

Forge have failed to score in both the opening matches, while conceding two goals in the process in each match. The lack of a scoring touch is likely to play into the hands of Pacific, who will be quite happy to dictate the pace of the game throughout the 90 minutes. Pacific do have the strength to be able to get goals when it matters and win the game.

Bobby Smyrniotis has admitted that his team have not been so great in the final third. This has been the problem for Forge in the opening two rounds. The coach has to find a solution sooner rather than later, as back-to-back losses have taken the wind out of the team already.

Pa-Modou Kah has seen his team come up with two strong performances in the opening two games of the campaign. Ahead of difficult encounters against the likes of Atletico Ottawa and York United, Pacific need to pick up maximum points from the upcoming game against Forge. Armed with players like Diyaeddine Abzi and Kadin Chung in good form, Pacific will have a lot of firepower against Forge. 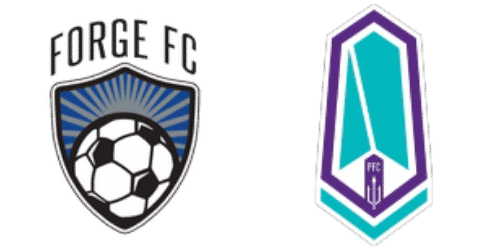 Which team is the favorite to win? Pacific FC