Forge will be facing Cavalry as their last chance to get promoted, but will Cavalry let them have the three points without a fight? Find out below.

These odds are from BetMGM and are correct at the time of writing. Before wagering, you should double-check your bet slip because the prices can change at any time.

Both teams scoring is a likely outcome for Sunday's game because we have seen it in each one of the head-to-head games they played together this year. It's safe to say that we are expecting goals from both sides this weekend, as well. There have also been BTTS outcomes in three of the last four games for Cavalry and some of Forge's recent games, as well.

Forge won eight of the fourteen games they played at home this season, while Cavalry only managed to win four of the fourteen away games they had. It's safe to say that Forge has the advantage in the semi-final against Cavalry this weekend. If they win, they will face either Atletico Ottawa or Pacific in the final game of this season's Canadian Premier League.

In this section, you can read more about the latest lineups and injuries for both teams before their upcoming game.

Right now, Forge doesn't have any suspended or injured players on the team, so they will be facing their opponents at full strength this weekend. There are a couple of players at risk of suspension, as well.

Although there aren't any suspended players on Cavalry right now, there is only one injured player – Fraser Aird who won't be attending the match.

Match Histories and Recent Team Form for Forge vs Cavalry

Below you can see the most recent match histories between the two teams and their scores, so you can make an informed decision about betting on the fixture.

Match Preview & Conclusion for the Forge vs Cavalry Game

We believe that the upcoming game between Forge and Cavalry will end as it did the last time Forge hosted a match against Cavalry – with a win for the home team. In the next round, they will face either Atletico Ottawa or Pacific, which will be the last game of the season. As for the second prediction for this weekend – both teams scoring seems to be a popular outcome this year between these two teams. 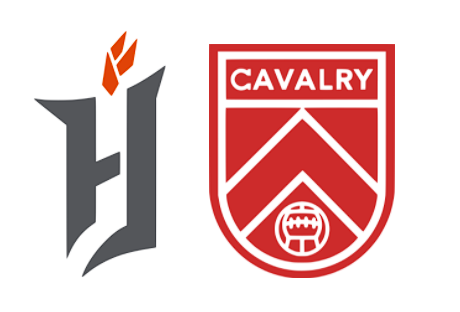 Common Queries Regarding Forge vs Cavalry on Sunday

Draftkings Sportsbook Promo Code 2022: How to enter the Welcome Code?