This article is regarding upcoming El Salvador vs Mexico fixture on Thursday as a part of the North/Central America World Cup Qualifiers scheduled for the day.

These are our betting experts’ top predictions and betting lines for the upcoming El Salvador vs Mexico North/Central America World Cup qualifier this Thursday.

All odds here are from BetMGM and are subject to change. This means that you should double-check them before wagering.

Mexico's last few games away from home all ended with clean sheets. The same goes for El Salvador's latest five matches – four of them ended without both teams scoring goals. It isn’t likely that El Salvador will score a goal because the last time they played together, they couldn't score.

Mexico is the favorite in the North/Central America World Cup table with eleven points, so far. They haven't lost a match, so far and they won three of the five qualifiers they participated in. Their opponents El Salvador only managed to win one fixture out of the last five qualifiers. It also helps to convince us that eight of the last ten head-to-head matches between the two teams ended with a win for Mexico.

Like almost all other qualifiers in this particular group, the match between El Salvador and Mexico will most likely end with under 2.5 total goals scored. Three of the last five matches they played ended that way. Also, the last time they played against each other was in July this year and the match ended with fewer than 2.5 total goals

Below, you can check out the most recent statistics and match histories for El Salvador and Mexico.

El Salvador vs Mexico: Our Match Preview for Thursday's Qualifier

Mexico is the current table leader and they are three points ahead of the second and third-placed teams (Panama and United States). Even if two of the five teams they played ended in a draw, we don't think that they will lose or draw the match against El Salvador on Thursday because most of the matches they played against them in the past ended that way. 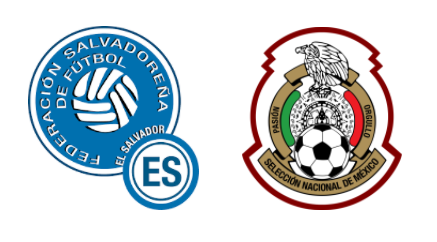